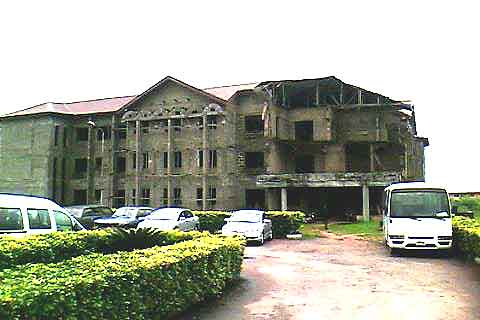 A Formal Notice of Burials to Come 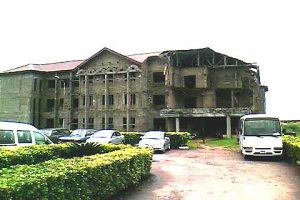 Next January, we will mark the tenth anniversary of the thousands of innocents who died when an ammunition dump in the Ikeja Cantonment ignited in one of the the biggest explosion in Nigerian history. An inquiry would have found reports that advised the urgent decommissioning of expired armaments, and the relocation of munition dumps from civilian centres. Next January, we will have solemn speeches, black armbands and perhaps a new public monument to all our losses. Yet, mourners should not weep so copiously that they are blinded by tears. Through our tears, if we still see tonnes of expired armaments from the civil war of the ’60s, if they are still stored in ammo dumps located within tragic distance of civilian populations, then we must also prepare for the future death of thousands from explosions that will come, and not by Boko Haram.

The Nigerian burial is notoriously expensive, and in many parts, the worst thing you can do to your family is to die. Not only do you deny them your future earnings, your burial rites could bankrupt your family as well. So this formal notice of your impending death should come in handy, give you a valuable opportunity to plan ahead. I have myself just returned from the burial of an octogenarian friend who broke three limbs and died in agony from an accident on the Lagos-Benin expressway. His vehicle had crashed into a ditch in the road, a ditch which should not have been there, had the billions budgeted and appropriated to the expressway been spent on the expressway.

The needless death of millions of Nigerians means that much of the wealth of our Termite Class is nothing more than Blood Money. ‘Blood money’ here being money obtained ruthlessly at the cost of the suffering and death of others. It is curious that people who are not Mafiosi can home their families without qualms in houses built on the blood of innocents. Or fund schools fees for their children from the death of other innocent children. It is strange how people take their pastors home to their village shrines to break ‘ancestral curses’, curses that they reinstate every day when they steal funds spattered with the blood of innocents… but that is not the subject of this piece. This piece is merely a Formal Notice of the Burials to Come.

Do you use highways? Your imminent burial is a high, statistical possibility. By World Health Organisation reckoning*, 87 of us will die on our roads today. [These figures are in all likelihood, ridiculously underestimated. In one incident last week, 83 people were involved in a multiple accident that claimed 18 souls. Dangerous driving was the official cause. It is of course dangerous to drive on bad roads.] What are your chances? I hear voices covering their owners with ‘the blood of Jesus!’and while  I do not impugn the efficacy of that spiritual umbrella, we do know that churches up and down the land turn blind eyes to the bags of Blood Money that shore up their prosperous finances and… I do not mean to conflate the respectable high street church with the back street ‘pastor’ who anoints armed robbers for a share of their loot, but… this particular rain falls on ‘saint and sinner’ alike.

Do you enter public buildings? Prepare for your own funeral. Not too long ago, the right wing of Asaba’s two-storey High Court Plaza collapsed [see picture]. The building had been roofed and was months from completion. Visually it was ‘finished’ to a high standard, but there is more to a solid building than can ever meet the naked eye. It collapsed like any other dodgy emergency contractor shanty. Of course we can be grateful that it did not fall on innocent litigants on the Monday morning after its opening ceremony, but there are probably other public buildings up and down Nigeria whose award, construction and supervision process was infested by the plague of termites. All those dodgy foundations whose iron rods were thinned by 40% bungs hacked off the contract sums may now be covered by marble tiles, but The Day draweth near that will show how the blood of Jesus is no substitute for the prescribed mixture of concrete. So do update your will, if you will, before you enter a public building.

Do you use public hospitals? The less said about this the better, but many an infectious disease could have been eradicated from Nigeria for the cost of a ministerial shopping trip abroad. If you cannot follow the rich to Indian and Saudi Arabian hospitals, prepare for your burial. If you have hit the national life expectancy of 45 years you are living on borrowed time anyway, for Africa’s biggest oil exporter boasts one of the highest infant mortality rates in the world.

This is naturally a notice of my own burial as well. – After all, it is unlikely that one can speak so forthrightly and live to a ripe old age. But don’t cry for me dear reader…  let us rather mourn ourselves. I have seen the statistics and there are ten thousand times more corruption-induced deaths in Nigeria than assassin’s bullets. A hundred of us will die from corruption by midnight whether they hold political opinions or not. Between the forthright and the silent, it is not even a toss up, who will die first. Nigerians are the battery hens in the chicken coop and everyday is Christmas for her leaders. Keep quiet all your life, and they are still coming to get you.

If this notice applies to you, and you really haven’t got the time to attend your own funeral this year, there are things you can do to postpone it. You can refuse to take rubbish from your own servants. (Yes, if you hold a green passport, they are all your servants, from Mr. President downwards.) Find your voice. Speak out. If it is too late for us, it is never too late for our children. The buildings of our justice system may be crumbling but the spirit – our spirit – is resilient. So if you have lost your loved one, the axle of your Peugeot, or simply your peace of mind, and you can trace the negligence or the crime, from contractor, through civil servant to a political servant, sue. If you cannot afford the fees, there are pro bono legal panels who may take on the right cases. Get in touch.

Do not leave it in the hands of God – or Allah – as we traditionally do. He gave you those hands, right? Use them.

And if you were planning on sending a card to my impending funeral, I’d love to read it in advance. Better still, make it an email of support for a new Nigeria. It may just save all our lives.

Here’s wishing you a long life.

7 Replies to “A Formal Notice of Burials to Come”