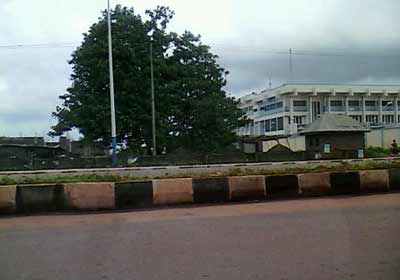 A Library in Asaba

One definition of ‘hometown’ should be a place where you can walk a street and be related by blood to everyone in sight. Asaba used to be that kind of place. In the seventies, walking down Ezenei Street from the house in front of the old magistrate court to the library beside Nigeria’s first high court gave me that – sometimes claustrophobic – sense of relationship. It was no different inside the library either. I went there most days to browse and borrow books – westerns, thrillers, adventures – the sort of titles that would interest any other 10-year-old. I remember the librarian as kindly and anonymous… until my father’s brother’s wife told me that her sister’s cousin who worked at the library was complaining that her young nephew really should make up his mind before checking out books, and not cart them home only to return them the following day…

I returned to that library of pleasant memories a few yesterdays ago for some heartache. Surely a developing country is one that is developing – that is, moving generally from slightly-good to rather-better. The seventies’ library was a pleasant, clean, space. I did not have to wash my hands after touching the books. The child in me was drawn to books with colourful covers. On the evidence of Asaba’s library in 2011, we are an undeveloping nation. The library’s floor is now as pitted as Lagos/Benin highway at Ore. Several bookshelves are emptied of books. Those books that are left are dusty and ancient, clearly leftovers from the stock I read back then.

There is one positive thing though: the library was full of children. At the time of my visit, most of the seats were taken: but the kids have not come to borrow or browse. They have come to read their own notes, to study for their exams. The exciting, panoramic vision that the library presented in the seventies has become a tunnel vision pointing back to our sad myopia. Asaba’s library is now a reading room for desperate children who have no study space at home.

We should be doing better.

I made some enquiries at the State Library board and am pleased to report that there are in fact plans to build a rather larger library for Asaba’s children. (This is not to say that adults do not require libraries, but I am sticking to an image of a 10-year-old reader discovering a world of books…). Sadly this project appears to have been abandoned. The completed building to the right of the picture is the Central Bank, Asaba, the moldy ruins of the abandoned library project sulks on the left. The photograph at the bottom show what the library should be today. It is still an artist’s impression. (This image used to stand proudly on a billboard at the construction site until it clearly became an embarrassment) The two projects were started at the same time and their current status provides an involuntary metaphor of our anti-intellectual merchantilist ideology. It is great to have a completed Central Bank project… and a new airport… but how about a time frame for a public library?

If I were 10-year-old today, the present reading room could not hope to compete with any of a hundred mindless video and phone games. If I were 19-year-old today, perhaps a new library might tempt me from a new drugs scene… but the present reading room would have no prospect of keeping me from the fortunes to be made selling and reselling other people’s land. If it makes anyone feel better, the Yaba libraries in Lagos fare only slightly better. Indeed, across the country there are probably millions of children who have never been inside their non-existent public libraries… yet, we are all getting richer. Our cars and SUVs are getting longer. The policy makers who can put libraries on our streets and books on the shelves of the libraries within WEEKS may well have excellent private libraries for their children at home. But failing to provide public educational facilities that cost so little is short-sighted. It is not rocket science, this idea that the patriarch who invests in his empire rather than his children will eventually have his unmentored children destroy his empire.

I am no prophet, but will make this one prediction. There is someone arriving at his (or her) desk about now, who has the power, opportunity and duty to succour our children, who might instead be tempted to add to his fleet of SUVs and walled estates. Here is the prediction: every good book you place in the excited hands of a 10-year old today is a gun you take from the hands of a thirty-year old career armed robber of the future. We cannot all live in walled estates forever. One day, our SUVs will go out to play. On that day when we come face-to-face with the childhoods that we have made, or marred, the lives we save will be our own.

Let us with sombre tongues count our teeth in silence. Let us reach the right sums, and do the right thing. 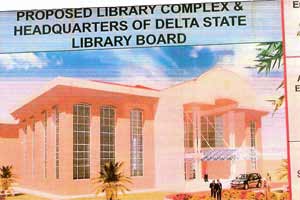 17 Replies to “A Library in Asaba”