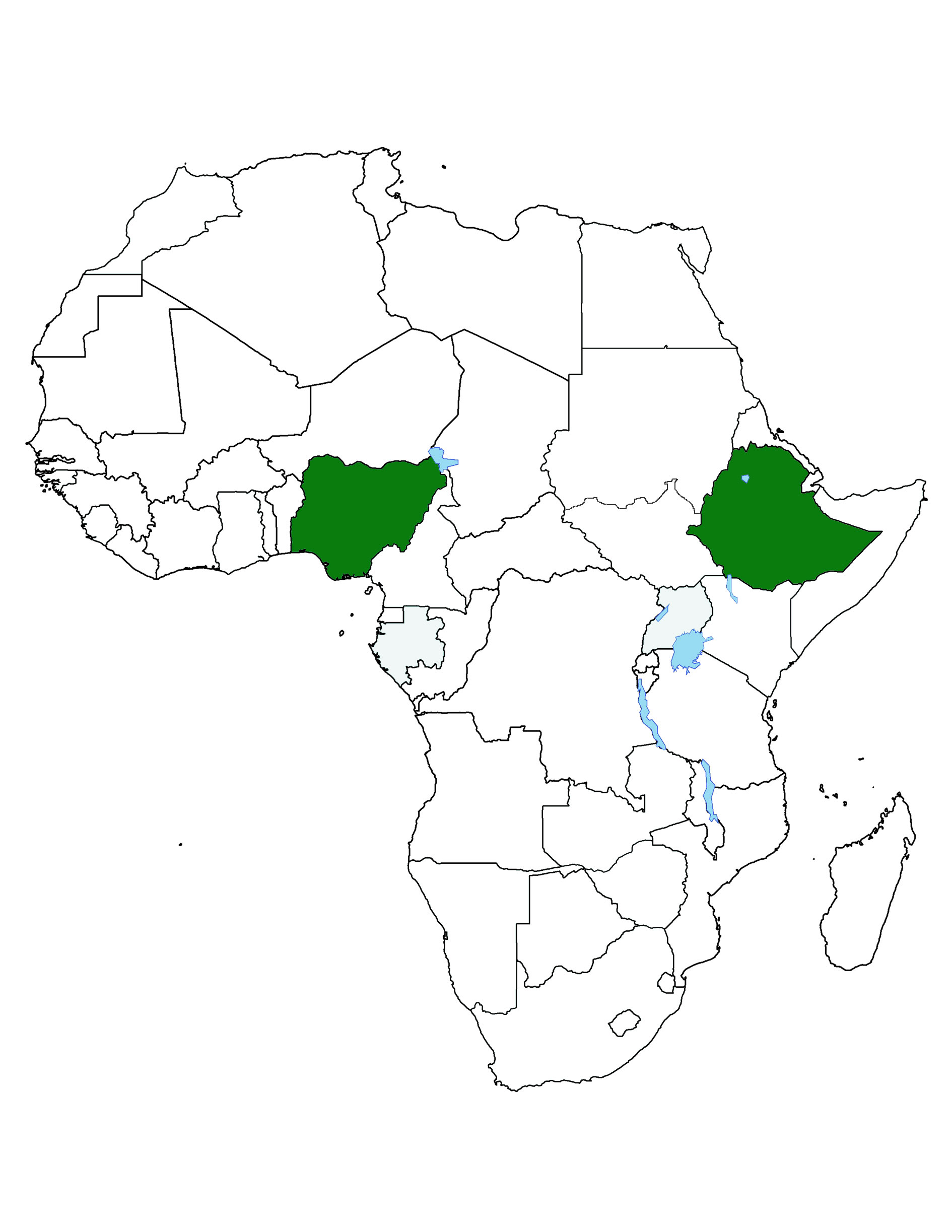 Those who sometimes mistake my continent for a country have clearly never travelled her from Cape to Cairo, have never toured her towns – each as similar but unique as the faces of siblings. They have never heard the natter of her two thousand tongues, or the thunder of the waterfalls on the Nile and Orange, or the Congo and Zambezi… they have certainly never seen her tropical forests, or walked the sweep of her savannahs, her stubbled deserts…

Neither have I for that matter; so that August afternoon, I left Lagos for the Horn of Africa on the invitation of the Hargeysa International Book Fair (HIBF). I was looking forward to my first visit to the capital of Somaliland, the defiant breakaway republic in northern Somalia. This is a country of many contradictions – although not officially recognised by any other country in the world, it is less paranoid than Israel, more peaceful than Congo, more democratic than Egypt, and – at least for the week I spent there – it delivered more seamless electricity than Nigeria.

Like Nigeria though, Somaliland lacks a national airline and I depart for that country courtesy Ethiopia’s national airline which took us through the ancient ‘capital’ of Africa. This was also another first for me. We touched down on Addis Abeba’s drenched runway, and the plane slid into an interminable dormitory of drowsing airliners. It is fitting that I am welcomed by this phalanx of aluminium citizens, for this nation that survived the indifference of Haile Selasie and the scourge of Haile Mariam has, over 68 years, so honed her excellence in aviation so that the noun, ‘Ethiopian,’ evokes images of airliners as readily as flesh-and-blood citizens. This is a moving sight for me, having lived through the tragic life and times of Nigeria Airways which went from thirty airplanes in its hey days to a single, lame, aircraft at the time of its death in 2003. Ethiopian on the other hand, with about 60 airliners in service, remains one of the fastest growing airlines in the industry.

I have a 12-hour layover here, and though I have no visas for this country, the airline has arranged a bed-and-breakfast at a hotel in Bole. I am processed through immigration, and many queues later, I am waiting with some other hungry passengers for the hotel staff to rustle up a dinner. While I wait, I fall into conversation with a handsome bellboy in the second flush of youth – comeliness being, of course, a common denominator for the denizens of this land. He has fine teeth and I ask him if he chews qat. Of course, he says, but only after work. Ethiopian qat is the best in the world, he boasts. Indeed the one-way trade in the stimulant moves millions of dollars from Somaliland to Ethiopia every year. He explains the different categories of qat: awede, belechi and the premium stuff, abu mismar. He sees a lot of ‘qat tourism’, he says, with Dubai and Saudi Arabia supplying lots of customers.

He is a confident face of Ethiopia, and gives me a potted history of his country in the time it takes the kitchen to serve an indifferent dinner. (Maybe it is the time of day I have arrived, but my first meal in Ethiopia is not the best Ethiopian food I have eaten.) I will be surprised to find him still carrying bags when I visit in a few years.

If he can handle his qat.

It is just past midnight and I have to choose between going to bed till dawn (when I am due to catch an eight-o-clock flight into Somaliland) or taking a midnight tour of Addis. It is not a fair choice for Sleep. I am usually awake at this time anyway. My bellboy friend warns me not to pay more than $20 for a cab tour, but I have exasperating haggling skills. For the equivalent of $10 I hire a taxi-driver and we are off on a guided tour with Cabbie Commentary thrown in for free. Addis is beguiling at night. An alarming number of handsome dogs ignore more available pedestrians and chase my cab down the deserted roads. They are just having fun, says my driver. Exercise. I believe him. These are not police dogs after all, and they have no way of knowing that I did not pay for a transit visa.

I pay the obligatory visit to the African Union secretariat. This is the nearest one can ever get to Africa’s Administrative Soul, but – not at midnight – I don’t get past her locked gates. The bored guards are securely jacketed against the cold, and they are happy to chat. I say goodbye a couple of times but they do not stop talking; they are loath to return to their interrupted snoozes. Yet, I have to go, to make the acquaintance of the ‘Chinese Machine’ building Addis’s new metroline by searchlight.

We pause on a bridge over a yawning valley and take in the sight of sleepwalking earthmovers and insomniac pile-drivers. In other news I have been alarmed by the purchase by countries like India, China and Saudi Arabia of tens of million of hectares of fertile farmlands in Congo, Ethiopia and other African countries, displacing millions of indigenes from their ancestral turf… but at least on this evidence, the Chinese are working overtime for their space under the Ethiopian sun.

Of course this is an ironic bind we find ourselves in. Earlier generations of African rulers sold us by the shipload to Euro-America and the caravan to Arabia. Fast forward a few hundred years and a new generation of rulers are selling our continent itself by the square mile. Clearly, Europeans were idiots to have kicked off colonialism with the unilateral 1884 Berlin Conference. They should have bought the continent fair-and-square for some tonnes of trinkets and half a million or so dane guns. Then they would never have had to give it back.

Mugabe or no Mugabe.

Actually, it is not a bad idea, this land-buy thing, if only there was some mutuality in the whole business. I mean, having sold million of hectares to the Chinese and Indians, Ethiopia should be able to afford the tiny London locality of Brixton. (Cameron can always rehouse the locals the way the Ethiopian government is resettling her millions at the end of a bayonet). Congo, with all the money from the sale of 7 million hectares of land to China should be able to buy up Harlem from a USA so broke it has to shut down. Both districts should be renamed Addis North and Kinshasa North respectively (Apologies Brian Chikwava & his Harare North novel…). But instead of planting wheat and flowers as Europeans and the Orientals are wont to do, Congo and Ethiopia can focus on the existential needs of their own citizens and plant Refugee Tents for illegal immigrants… Oh well; back to the streets of Addis Abeba.

Is this city safe? I ask my tour-guide cabbie, as we encounter some modest nightlife on a busy side street, Armed robbers? Crime?

Absolutely none, he insists. I will have to take his word for it. These are probably the side benefits of a ‘police state’. In addition to a national telecoms monopoly that has just declared a record 20 billion birr profit (US$1.06 billion). On the other side of the continent, Nigeria is still scraping together the remnants of its own defunct telecoms ‘giant’, Nitel, to interest a scrap merchant.

To take the pulse of a country in a couple of hours, you should read the daily newspapers in your hotel lobby from cover to cover. And hire a talkative cabbie. I sit back, and over the hour of my night tour I receive a generous introduction into Addis Abeba life – and the interesting personal life of my Addis taxi-driver. I am getting this big country through the eyes of a small man with a perceptive mind. He is just as curious about me: are you an actor, or a writer? he asks, and I confess my sins. I’m an avid reader, he says, and – perhaps to augment my miserly fees – he begs a book. The idea of putting the only copy of The Ghost of Sani Abacha available to 80 million Ethiopians in the hands of an Addis cabbie is strangely appealing, and I promise to leave a book for him with his bellboy friend.

Then he glances at his petrol tank. Is there anywhere else that I particularly want to go? He wants to know. I hesitate. I do have a good friend who lives in Addis Abeba, but I am supposed to be in the Gulf of Guinea and a small cosmos separates that particular gulf from the Horn of Africa. My precipitation on his doorsteps at those small hours was hardly an act of friendship. More practically I had no idea where he lived. I indicate that if his tour was over I would happily address my bed.

Now, you will maybe buy me a beer, he smiles. So saying he takes me to a haunt where he is well-known. It is a bar that is happy to serve food, but I am the only patron and I am not hungry. There are beautiful ladies in attendance. Their taste in music is very Nigerian-afro-pop and in dancing distinctly Ghanaian-azonto. They are very shy too. It is the barman that approaches me. He is clearly reluctant to pull this on someone so gray, but a job is to do. Will I perhaps buy drinks for my new friends? I nod. So the brandy bottles come out, which are downed with soda speed. My drink is finished and my bill arrives. I do not want to buy the establishment, I explain. I meant the bill for the cokes in the brandy bottles. He has to call his boss and I am happy to speak to the gentleman on the phone. I am Nigerian, I explain, and the empty ‘brandy’ bottles are still available for inspection. So we reach a happy compromise. My taxi driver is relieved that there will be no nastiness, although I do not think his commission will be significant this evening.

I am back in the hotel. Sadly, I remember that my luggage, along with my books, had gone ahead to Somaliland. Instead of a book, I leave an apology for the cabbie with the bellboy. I have pulled an exceptionally luxurious room, for a transit layover. It is a pity to waste it on sleep, especially with the night so young, and so many stories washing up on the shores of my recumbent mind. I pull up my laptop, and while it is still booting up, I fall soundly asleep.

Hargeysa awaits in the morning.

12 Replies to “A Traveller’s Notebook: Layover in Addis Abeba”