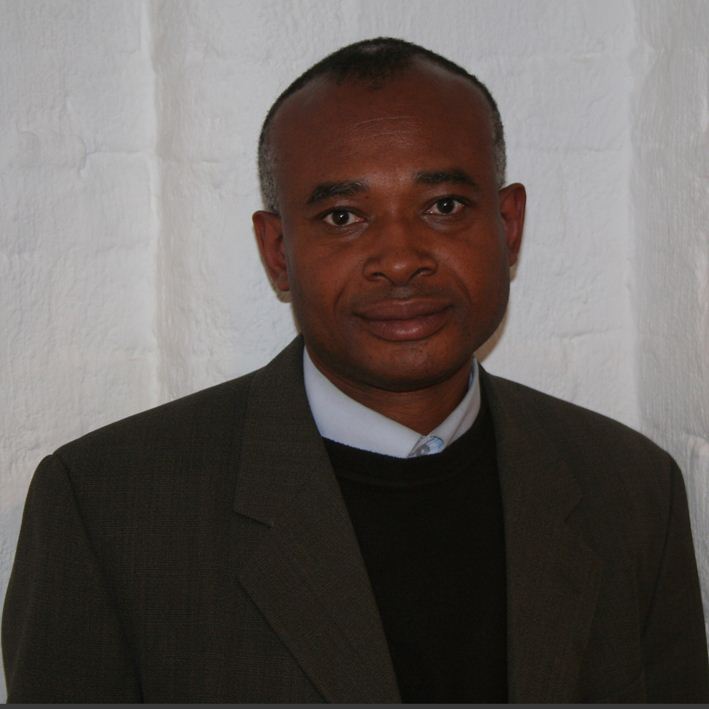 Afam Akeh & the Poetics of Nostalgia

Recently, I sat down to lunch with Afam Akeh in London and acquired a copy of his new poetry collection. Afam Akeh’s work is not new for me of course. As old classmates in university, we first met as teens and more recently he was founding editor of the magazine, African Writing.

When an important poet has held his peace for a quarter of a century, a new book from him becomes a kind of performance art, with the return to print a victory in itself. Yet, such a return imposes a burden of its own, for an oracle that breaks a 25-year silence had better have something more profound for us than a weather prediction. Afam Akeh’s first book, Stolen Moments appeared in 1988, in tandem with Flower Child, the collection of his contempory, the poet Uche Nduka who has been rather less reticent in print. Since then, his poetry has appeared sparingly in the usual online and magazine fora. He has written elsewhere of his admiration for Christopher Okigbo. It is fortunate that he has not followed that pioneer poet’s involuntary example in retiring from the canon with a single volume to his credit: in December, 2012, Afam’s collection of 31 poems, Letter Home & Biafran Nights [SPM Publications, 2012] was published and it has this morning been longlisted for the 2013 NLNG Prize. He is in good company, with collections from ten other Nigerian poets in contention ( Remi Raji, Amatoritsero Ede, Gilbert Ogbowei, Obari Gomba, Tade Ipadeola, Femi Osofisan, Chijioke Amu-nnadi, Obi Nwakanma, Promise Ogochukwu and Iquo DianaAbasi Eke.) 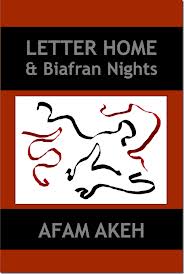 The first lesson of the writer is that the reader is most interested in the story that the writer is most loath to narrate. That story, that most personal of narratives, is the story that the writer is best equipped to tell. In LH&BN, Afam Akeh approaches the story of the poet persona’s exile and narrates it almost autobiographically. This title poem is an emigrant’s mea culpa to his home, and his explication to the land of his sojourn. The poet is the ‘gecko/ seeking warmth/ behind shut doors’. The trope of nostalgia is the worn coin of exilic writers but an emotion is no less valid for having been felt by millions before. Afam lends fresh ink to the exile’s vulnerabilities:

The appearance of this book was presaged by the publication of the major poem, Letter Home, in the MTLS online (www.mtls.ca). It is hard to recall another modern poem whose publication had as profound an impact on the diasporic community as the original Letter Home. The lines of the poem distilled the sensitivity of a poet who had spent the better part of three decades away from his homeland, with not an ameliorating visit. In various online lists, the reactions of readers were the same. For a poem that is unaffectedly personal, it struck a chord among many Diasporic Nigerians, as though finally someone had lent intuitive voice to their experience. The poem starts:

(In the fourteenth year)
Where the largeness of the dream
is touched by the smallness of one’s England
there are travel guilts a wayfarer sheds
like loose feathers or discarded skin.

The first publication of the poem preceded the appearance of the book by many a moon. Inevitably the poem changed significantly. The book starts:

Where the largeness of the dream
is touched by the smallness
of one’s footsteps
there is travel guilt shed
like loose feathers
or discarded skin.

With poetry – as with all writing – once a poet has published it ceases to ‘belong’ to him. If he published to the anonymity of an indifferent reception he can continue to revise his work at will without violence to his public. But where his public has embraced his published version he can expect some flak for taking liberties with ‘public property’. Leonardo da Vinci for instance could have expected the same howl of protest had he thought to convert the famous Mona Lisa into a blonde as any other vandal who would paint on her a moustache.

There are of course many ‘offenders’ in this respect. Ben Okri famously rewrote the novel, The Landscapes Within, which he wrote as a 21-year-old, as Dangerous Love after a decade and a half of stewing the revision, explaining, ‘The many things I wanted to accomplish were too ambitious for my craft at the time’. Serial revisionist, Christopher Okigbo’s line, ‘these versions are final’ is also an indelible memory. The ‘offence’ is graver with public poetry, for the poem’s attraction to its fans often operates at a visceral level, beyond the logical.

Where the poet’s work has been embraced by his public they will experience a similar nostalgia for the cadences of the original poetry, much as the exilic poet nursed for the distant homeland of his inspiration. The same nostalgia that fires a poet’s hankering for home, fires the readers love for the first, ’original’ versions. Prof Pius Adesanmi, the Ottawa Diasporan Nigerian for instance was one of those enamoured of Letter Home and he has written of his choler at the loss of the ’Engand’ in the second line of the poet. A new reader coming to the book for the first time will most likely not see what the fuss is about. The later version is leaner, and with the three new parts, much more ambitious.

For me the heart of Letter Home lies in the apologetics of the gecko:

Let it be told how the gecko
Seeking warmth
Behind shut doors
Clambered
To its new perch,
Dreaming of home
In another life.

And there – in the book – the narrative of gecko ends. It was more fulsome in the MTLS version:

Let it be told of this moment in our story
how the gecko, finding no life
among its kind, sensing
the warmth behind other doors,
forsook the wild and fled its own,
seeking refuge in a distant compassion,
living at the border of a new life.
Let no one detest its choice.
Pain is the chief guide,
the road out of death primal choice.

I find the MTLS version a more cathartic explication for gecko. It is the rare exile who is not annually confronted with the serious question ‘why did you leave your country?‘. Here, in an early version of Letter Home, is gecko’s answer: Pain is the chief guide/ the road out of death a primal choice.

In its new incarnation, the poem Letter Home is more ambitious of course. The poem weaves a tapestry of exilic lives, from England to America, to Europe, and into history. In ‘spreading wings to every wind’, the poem Letter Home opens up. The narrative is once removed. In part one, ‘I list losses…’ in Part two, ‘He owns the changes before a mirror…’ In Part two, the poet goes to America, to the country of unnamed muse, Ikhide Ikheloa, reprising the sentiments of T.S.Elliot’s Love Song of Alfred J. Prufrock,

Life goes from being bold
to being bald

In such a moment,
to be torn by voice
between his children
and childhood.
He would have both
but only one can have him.

In part 3 the poem proceeds to Holland, to the country of an unnamed Chika Unigwe, researching for her prize-winning On Black Sister’s Street in

The Antwerp
of parted thighs,
open all seasons

Many whore for their money,
not all in neon light.

but she is not what
they think she is.
She is a story
looking for stories.

Part 4 turns back the page of history, to the involuntary exiles of an earlier generation of African, the slave-traded generation of Olaudah Equiano. However, this is not a bitter exilic. Like part one, where the poet explains that

The persona in Part 4 is

…eager
that what began in loss
should end in gain-
the praise of
Georgian England.

The poem, Journals, breaks into two parts. In the one, a domestic love is perfect. In the second, it is flawed. In this love poem the bonding organism of a cohabiting couple is captured so fluently that it becomes a metaphor for nation. In the first part, poet persona in love sings

When love sours, he cries

This is not love. This is war.
This deadly venom me? This you?
This is how the end grows on the unwary,
in words of hate and acts of rage.
And then the breaking of bonds.

There are many who will not read this volume because part of its title refers to a Biafran War, concerning which they have read all they plan to read, especially from a writer whose name putatively locates him on the Biafran side of the divide. It will be their loss. For a start, the poet is actually on the faultline of the war, being on the genocidal border. In the current edition of the Nigerian Guardian on Sunday, Chief Goodluck Onyeobi gives his account of the massacre in Asaba, a neighbouring town to the poet’s, and tells how the civilians who ran out to welcome the Federal troops were mowed down in cold blood, how he was himself shot and left for dead in his own house. The war is past, in chronology, but not in memory, for his rendition of the forty-year-old facts are raw with tragedy. Yet, there is a reason why war is never consigned perpetually into history: it is because the pain of war cannot be related faithfully enough to prevent its reenactment by a newer and more ignorant generation. And because, even where it is related faithfully enough, a critical mass of the peaceful generation will fail to read, and believe, the accounts of the wounds of war.

In poems like Biafran Nights, the work of poets like Afam Akeh eloquently give restrained voice to the stories of these graves, enabling the reading generation to feel the wounds of war, and to glean its critical lessons without experiencing her tragedies at first hand.

Most poignant of all of course is the aftermath of war. The Nigerian civil war ended in 1969 and the poem 1970 is related through the eye of a survivor child-persona:

Markets alive, the first fishes swollen
with history. People fearful of fat fishes,
wondering which fallen soldier
they ate to grow so large.

This page of history shakes open, and stays open with its own weight of pathos. We can picture the hungry survivors of the war that emblematized kwashiorkor restraining themselves from game fish that might have feasted on late relatives. But it is not only fish that fed fat on the spoils of war. The vultures of conflict gorged on the sorrows of our commonwealth.

And they are with us still.

Nigerian Poetry is a rich field, as the NLNG harvest for the year will show. It is richer still with Lettter Home & Biafran Nights, a volume that is redolent with many indelible lines. In a sense, what has happened to Letter Home in the transition between the MTLS and the book is what has to happen to the migrant who leaves home and after a quarter century, refuses to forget home: he has to travel light. He has to learn how in the midst of a plentitude, to choose essentials. It is what happened to the former long essay, Letter to Soyinka, which becomes a lean, spare, poem in this collection. Prolixity is mostly no asset to a poet. The lines of this collection bear the imprimatur of one who has much to say, but who has simmered his pot for so many years that his fare fits into 80 spare pages. The last word is the poet’s and it is from The Living Poem – Manifesto for the public poem

One Reply to “Afam Akeh & the Poetics of Nostalgia”