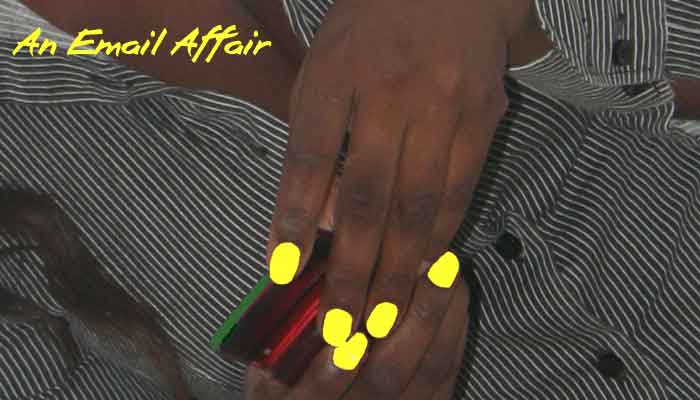 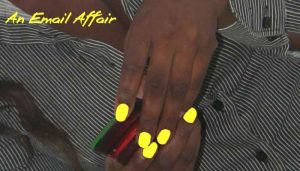 Remember that special church service five months ago for Pastor Sheri’s send-off? When it was time to ‘hug your neighbour’ you happened to be standing beside me. Remember? We hugged then, ever so briefly, and I know I took a deep breath with my nostrils in your hair. I got a hint of cinnamon then… but it may have been just a hair spray. I don’t know.

Meeting in the children’s ministry is just asking for trouble, Regi. There are four thousand members in church. There’s no way somebody won’t see us and think the worst. Tuesday morning at 3.30 am will be perfect. Ralph will be on his training course in faraway Nairobi. Sylvia will be in bed, trying to get back to sleep. My car will be anonymous, two streets away from your door. We will be sitting face to face. The walls will be quiet. Our ears, primed. Four eyes, four ears, two mouths – and the eye of God policing us both. Let us wait for Tuesday. We have waited long enough.

What’s ‘the worst’ they can think, Sou? Two brethren having a chat? What?

I remember that hug. You say we hugged ‘ever so briefly’… but I remember you lingered ever so briefly. I don’t use a hairspray, so… was it cinnamon-nice or cinnamon-bad. I don’t like cinnamon myself so I don’t know what to think. Ralph has never said I smell of cinnamon… I don’t know if I like to smell of food. I like my food but I prefer to leave the smells in the kitchen… or in the dining room… Why not okra? Okra is a better smell, isn’t it? Okay, so I’ll admit it: the thought of smelling of cinnamon freaks me out so much I’ve just stepped out of the shower. I shouldn’t be wasting money on expensive perfumes if I want to smell of cheap spice… but what’s there to say on Tuesday, that can’t be said by email?