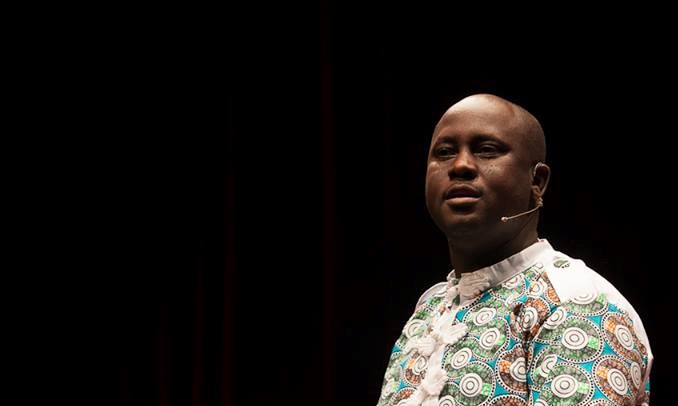 An Epitaph for Pius Adesanmi

On 10th March, 2019, Ethiopian flight ET 302 made an unscheduled stop on its way from Addis to Nairobi and the ancestors rose to receive my old friend, Pius Adesanmi. In the announcement that broke the news, his home university at Carleton identified him as a Canadian. Indeed Professor Pius Adesanmi was not one of those citizens whose host country could hold at arm’s length with a hyphenated nationality or an exculpatory reference to his birth country.

But his mind had little patience for disciplinary boundaries.

I first met Pius Adesanmi online in May 2003 when Ike Anya introduced me to Krazitivity, a listserv of Nigerian intellectuals started by Sola Osofisan and a small band of friends. It was a feisty marketplace of ideas. At its busiest, about a hundred writers were generating close to six hundred posts a month, and Payo’s contributions stood out, for their depth and their wit.

What impressed me back then was his infectious enthusiasm for humanity and his unflinching love for country and continent, a love in the course of which he suffered a major road accident in Nigeria last year and for which he has died in Ethiopia.

Soon after our first online meeting, I asked Pius to contribute to guest pages on my website. He complied, sending several poems. One of the four previously unpublished poems he contributed was Rise, Son, Rise!! Ten years afterwards, I interviewed him for African Writing magazine No. 12, in a special edition for the Ake Festival. To the question, what writing he was most proud of, he replied:

“I’ll have to say, ‘Rise, Son, Rise!’ an intensely personal poem I published at nwokolo.com years ago. It’s the first poem in a collection, The Gift of an Error, that I still haven’t completed because I strayed from poetry halfway into it.  But I am very proud of ‘Rise, Son, Rise!’ because it summarizes my relationship, my bond with my mom, Lois Adesanmi, during my formative years. The poem captures all the things mom whispered into my ears about my future during the first ten years of my life.”

I give you Pius Adesanmi’s autobiographical Rise Son, Rise:

And a voice touched my ears:

Rise, son, rise!
Rise and sway words
Sway words where you will
For you are efufulele
The furious wind who
Sways the forest’s crown of foliage
Wherever his heart desires

Rise, son, rise!
Rise and ride where you will
Ride like the sun, roast the earth’s face with your right hand
Ride like the moon, dry the earth’s tears with your left hand
For you are the promised Word
Proverbs your horses
Galloping your people’s miseries
Into history’s septic tank

That voice touched my ears: rise, son, rise!
For you are the kola lobe
Which blossoms to maturity
On the patriarch’s tongue

The voice was Lois.

In a cruel inversion of nature, inspirational mother will now mourn inspirational son, for Pius failed to cheat death a second time in twelve  months. Yet, Madam Lois Adesanmi can take heart that this was a son whose name his peers bore into battle like a standard, a son who took her spirit words to heart, a son who rose so fast, and soared so high that he had no where else to go but down to a deserved, if premature, rest.

The sixteen years that I have known Payo have been sixteen years of academic distinction, professional excellence, singular affection for family and friends, and articulate national, continental and international leadership as a public intellectual of the first water. Here was a man whose truth did not quaver when finally he got on speaking terms with power.

Beyond his indelible place in the hearts of family, his greatest life was lived on record, with an industry and perspicacity that a flaming jetliner cannot efface. Pius was a prodigious thinker and writer. He was an instinctual moralist, but what an instinct he had! He spoke his truths fulsomely, without calculation, with an honesty and courage that drew people to him. His writing pops with life, even now when he sleeps with the ancestors. It is impossible to read his words without becoming acquainted with the playful Pius, the ebullient Pius, the encyclopedic Pius. I condole his family, and friends, his colleagues, his mentees, and his public… but this kind of death is not the end, Payo.

As I browse years of conversations on half-a-dozen online platforms, public and private, as I recall hours of nocturnal conversations on the phone and in person, I know I am not alone: there are surely hundreds of people like me, with unfinished projects conceived with Pius, ignited by Pius, who are doubly committed to finishing them now, for Pius. I commend all that fought alongside Pius not to relent… this kind of death is not the end, Payo.

Back in 2013, in the African Writing interview I referenced earlier, I had asked forty-one writers to draft epitaphs for their future tombstones. Professor Adesanmi sent me his answer in a Facebook message at 3am on 21st August, 2013. At 3am on the day after his death, I read that message once again. With heavy heart, I send to that scorched patch of Ethiopian earth near Bishoftu, which has so greedily cheated Isanlu of the bones of her great progeny, the prophetic words of our beloved brother:

‘Here lies Pius Adesanmi who tried as much as he could to put his talent in the service of humanity and flew away home one bright morning when his work was over.’

You flew home too soon Pius, but sleep now.

13 Replies to “An Epitaph for Pius Adesanmi”