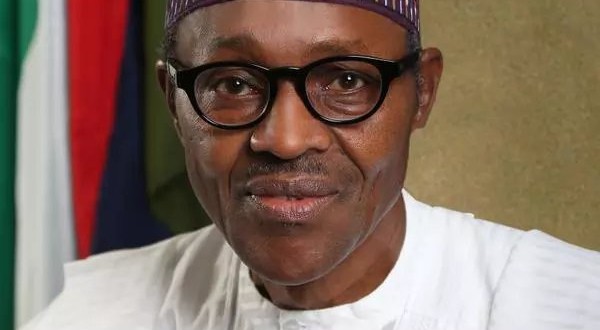 Let me tell you about the recent death of a compatriot of ours in the prime of his life.

On Sunday November 15th, Citizen Augustine went to an evening meeting in Asaba. He never returned home. After four days, a search party found his body at the morgue of the Federal Medical Centre. He had been pulled up on Monday morning from the bottom of a manhole on Dennis Osadebey Way.

Now, I must say something about those manholes: they are located on pedestrian walkways and ninety-four of them have neither concrete slabs, metal grates, nor wooden battens. They are open, as they have been since the ‘completion’ of the road a few years ago. From these photos taken on 13th January, 2016, it is easy to see how Citizen Augustine fell to his death that night on a road booby-trapped with man-eating manholes. We can also imagine his ‘road accident’, his sudden six-foot drop from family life as husband and father of seven children into a premature grave dug by his own taxes. We can imagine his fatal injuries, and his lonely vigil, until he died at dawn. 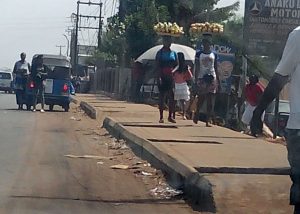 I have a reputation for fiction, but sadly, this is a true story. All over Nigeria, the homicidal state of public projects and services point to kickbacks and a criminal dereliction that allows contractors to deliver short of specifications, or not at all. Doctors are forced to ‘lie’ on death certificates, whereas the true cause of the premature death of their patient is corruption. Citizen Augustine did not die in a ‘road accident’. He was killed by corruption, at the hands of those who signed off on homicidal infrastructure for private gain. Across Nigerian roads we find thousands of carcasses of cars and trucks wrecked by the ditches excavated on our roads by some twenty-thousand-odd abandoned federal contracts. These accident sites, ultimately traceable to corruption, are the burial grounds of the dreams of thousands of families and they earn Nigeria the highest road traffic death rate in the world.

Dear Mr. President, let me pause to commend your government’s focus on corruption, infrastructure and the economy. If you are successful you will earn a secure berth in history.

Some may take satisfaction from the ongoing prosecution and recovery of loot from corrupt politicians and bureaucrats, including the former National Security Adviser and his co-conspirators. As a young, idealistic, lawyer during your first term as Commander-in-Chief between 1983 and 1985 I both experienced, and applauded, that anti-corruption strategy. Yet, your tenure in the ’80s was followed by the most frenetic looting in the history of Nigeria, so that your recoveries were relooted, your prosecutions upturned, and your tenure amounted to nothing more than the detoxification of a glutton about to begin a major binge.

We are all thirty years older, and wiser, and here are some lessons from our collective history:

A presidential focus on recoveries is a wasted opportunity if the loot is returned to the same basket it leaked from. Without changing the system, you are merely recycling loot, or building infrastructure for future ‘Commanders-in-Thief’ to ‘privatise’.
A presidential focus on prosecutions is a wasted opportunity because your tenure is barely enough to get a single case through the Supreme Court. The fear of HIV does not end sexual infidelity, neither does the fear of jail change the culture of corruption. Even with you at the presidency, Corruption’s message to her disciples is the same as the mother flea’s advice to her daughters: ‘Be patient, this hot water will soon cool down.’
Accelerating ‘justice’ by dumping the Rule of Law is counterproductive. Once illegal detention becomes your state policy, state power will be abused by uniformed petty tyrants all over Nigeria to extort from citizens. State governors LGA chairs and future presidents will disobey legitimate court orders, on your example, to perpetuate corruption on an even grander scale. Our best interests as a nation lies in a Rule of Law that is no respecter of persons, that we respect when it favours us, and when it doesn’t.
Respecting the Rule of Law does not mean accepting bad laws and ineffective systems, or giving thieves a free pass. It requires us to change bad laws creatively, rather than break them; to investigate and remove corrupt judges by due process, instead of simply ignoring their perverse judgements. No person is better placed than a president to lead a change of law or system. By refusing to obey a perverse judgement, you may achieve ‘justice’ in your cases of interest, but you have sentenced the rest of us Nigerians – who do not have your powers of impunity – to that perversity.

By all means support the police and the agencies to do their work of prosecution and recovery- constitutionally – but your presidential attention must be invested in medium- and long-term policy initiatives. Even if we recover 100% of Abacha’s loot today, 100% of the almajiris it could have educated in 1998 are permanently lost to illiteracy and Boko Haram. 100% of the sick it could have saved with new hospitals are 10 years dead. Our solemn duty is therefore to create an anti-corruption system that prevents money from being stolen in the first place.

‘That brings us to the Bribecode, the ‘street-name’ for the proposed Corporate Corruption Act. The Bribecode creates just such a system by focusing on the contract between government and contractor. When the Bribecode comes into force, private companies convicted of serious corruption offences (in excess of a million naira) will be liquidated. Whistleblowers whose evidence helped to secure conviction get 1% of the liquidated assets, guaranteeing that no corrupt transaction stays secret for ever. Furthermore, any Attorney General in Nigeria can sue corrupt companies in their state’s Federal High Court, guaranteeing that no political party, godfather, or clique can protect a corrupt company.

This will help to end Grand Corruption by monetising information, introducing competition into prosecution and self-regulation into anti-corruption enforcement. When you make the penalty for corruption unacceptable to company directors and shareholders alike, you immediately create a new anti-corruption culture based on a private sector with zero tolerance for public sector corruption. Within one budget year, we can expect to see real ‘transformation’ in society.

In 2014, a minister approved the collection of N700 million by an unregistered recruitment company from 700,000 young jobseekers competing for 4,000 jobs. All eyes were on the money, no eye was on the simple logistics, the basic interests of 700,000 customers of government. Twenty citizens lost their lives and thousands more were injured in the resulting fiasco. Similar scandals will be impossible with the Bribecode in place. The law builds a firewall between the bank accounts of contractors and the pockets of public servants, leaving government employees free to focus on the best interests of the nation and the citizen on the street.

Mr. President, your anti-corruption passion is not in doubt, but you must abandon a retail attack on corruption with localised, and temporary results, in favour of a comprehensive and systemic approach that is felt throughout the country, expels godfathers from the political process, and continues to be effective even after your tenure. As public support for the Bribecode grows, with citizens signing up daily at www.bribecode.org/signup, we request the chief resident of Aso Rock to join the Office of the Citizen in supporting this bill in its progress through the 8th National Assembly. This is the key reform that will cement your anti-corruption vision for Nigeria. The Bribecode represents the last true hope of the man in the street – men like Citizen Augustine, streets like Osadebey Way. I therefore call on you as the people’s president, in the name of the posterity of our nation, to take a stand today, for those of us scheduled to die tomorrow.