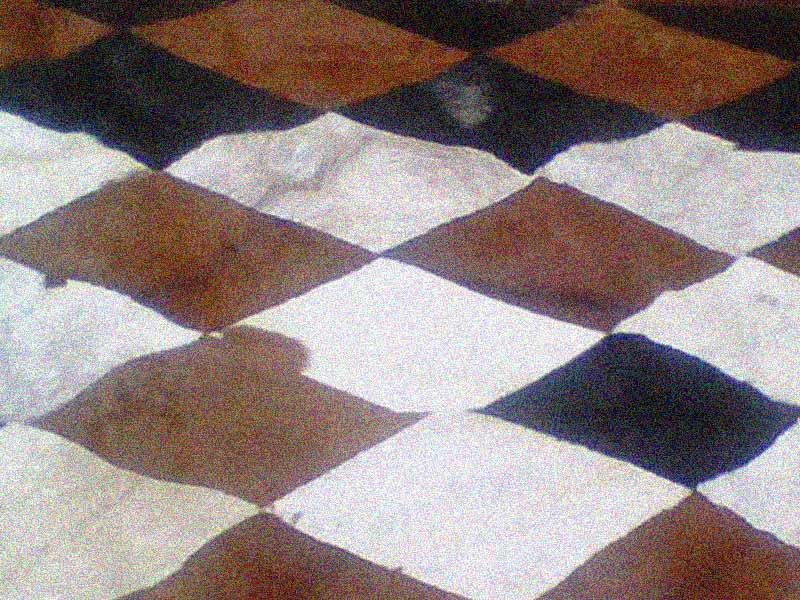 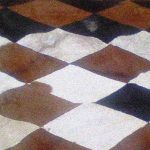 That windy night I was chopping tomatoes for the stew when a door slipped its latch and slammed. I jumped, looked up and I saw him sinking, startled, back into the old mud floor.

I stood there awhile as the wind died and the old house resettled into her ancient calm. Then I turned to my stove. I listened to boiling tomatoes waiting for a dash of oil to become more splutter than spatter, and I watched the floor, convinced that beneath it lay a tired man barely my age, yet a few centuries my elder. But I saw nothing to snag the eye; nothing to explain the distal creep of gooseflesh, or the eerie swell of head. Finally I began to turn away, and in that instant came the distinct voice, ‘My name is Left Behind.’

Well, in point of truth, it was not: his family name was Nabata, like mine, and his given name was Alim. He’d died four hundred years before, and his bones lay beneath my ancestral floor. It was not strange that he would turn up now, in my rooms: it had been his home as well. It was partly the smell of tomatoes, he said. His mother had a gifting with the grindstones. Back then, no one else could match her for style, for speed, and for the way her grindstones sang as she worked, that ‘gran-gran’ of baby stone tenderising tomatoes and peppers on mother stone was a song that sprang saliva to his mouth, the aural signal that in minutes the meal – and that, no ordinary meal too – would be ready for the eating.

He’d had ten siblings, although four had died very young. His six remaining brothers had been abducted, one after the other, by slave raiders. Alim was the youngest, the last child left. When his last brother was snatched, his parents had raged all night. Alim had drifted off to sleep with the hubbub of their quarrelling in his ears, rocked by grief and by fears of his own, until he woke, on the sudden, at dawn.

They stood before him, two trembling mantles radiating night for light. Then his father sat behind him, hugging him, hard, with his stubbled chin sunk into his scalp, with the grind of teeth and throaty grunt. His mother sat beside him, baby grindstone in hand. The strange menace of their presence filled the room like a grey rage of bees. Close your eyes, she had whispered, harshly. He had obeyed because until then – and never since – he always had. Then she had shattered his knee with a single blow. He had screamed and fainted. They had scarified his face while he slept.

Months passed before he could stand, more months before he could limp, and a full year before he met his first raider in the capacity of a disfigured cripple. Twelve years later, he was still around to meet his sixth raider.

And to cripple his own children.

He lived twenty more years before he died, of a fishbone; and in all he met nine raiding parties. Yet, he always limped away from those encounters. Among that tribe of broken folk who never saw their kin again, he was Mister Broken Leg himself, for his mother was the village ace with a grindstone. He was ‘left behind’, alright, but his name was Alim Nabata. And every time a door slammed in his tomb he rose to see if a brother had found his way back home.

But I neither chopped nor cooked tomatoes in that house again.

One Reply to “Ancestral Stone”