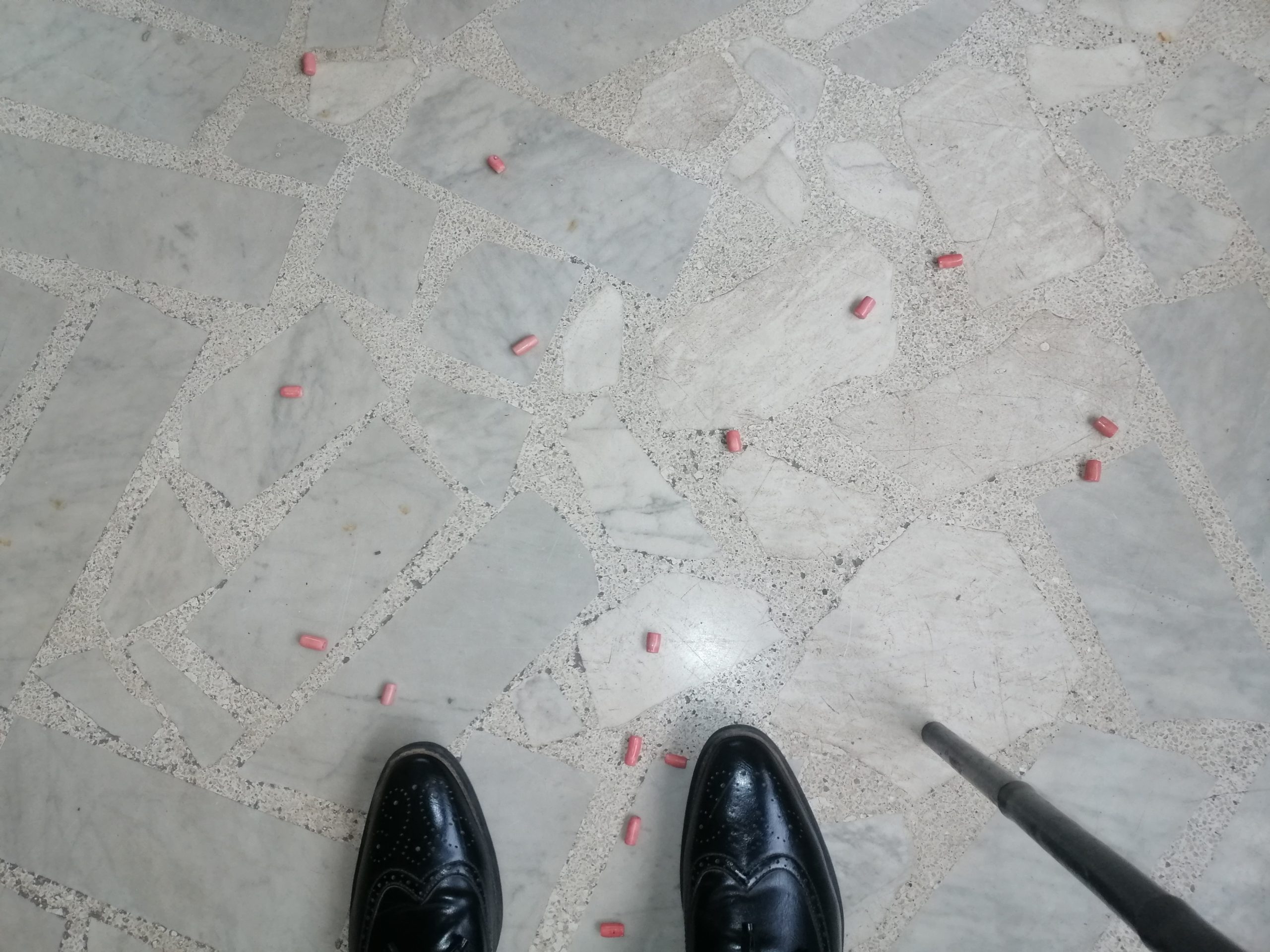 Like a house of mourning, a condolence register had been set up outside Peace Cottage, Waterside. The old man ignored it as he made his unsteady way through the silent crowd in the yard, where some youths discussed Premiership fixtures in low tones. He entered the packed living room. The mourners rose as one, recognising Chief Ike’s only brother, Elder Chuka. He seemed to hold it together admirably, despite his fabled closeness to the dead man. Then he saw the chief’s widow, Ijom, in whose right fist a wet handkerchief was trembling. Seizing the expensive coral necklace around his neck, Dee Chuka tugged viciously, sending dozens of orange beads scattering across the Palladiana floor. He raised his walking stick and charged away from Ijom at the nearest window, but he had only taken three steps when sympathetic hands held him back. His voice, untrammelled, ricocheted around the living room, as angry as his broken beads, ‘Break that window! Break it! This house is too quiet! Don’t you know that a great man has died?’ There were mad men among the mourners too, and beer had been flowing all day: one of them obediently smashed a heavy stool into the window, which caved into a reticulated mesh. A roar rose from the mourners as some Watersiders mourned the window, and others, Chief Ike anew. ‘And that one too!’ Elder Chuka cried, pointing his walking stick. Another window broke, raining pellets of glass to mix with bereft coral beads. The stirring blood of bereavement rushed into the heads of Waterside’s mourners as the immanent greatness of the dead man electrified the room. The house was a bedlam, tears, and peans to Chief Ike flooded the room, ‘And that one too!’ cried Elder Chuka, swinging his walking stick at the sliding doors… then he squinted, and faltered. ‘No, no, that one is too expensive.’ He slumped onto arthritic knees, shoulders heaving, as Ijom made her way gratefully across to him, crunching glass underfoot, in a living room that now looked, and sounded, like a house of mourning.