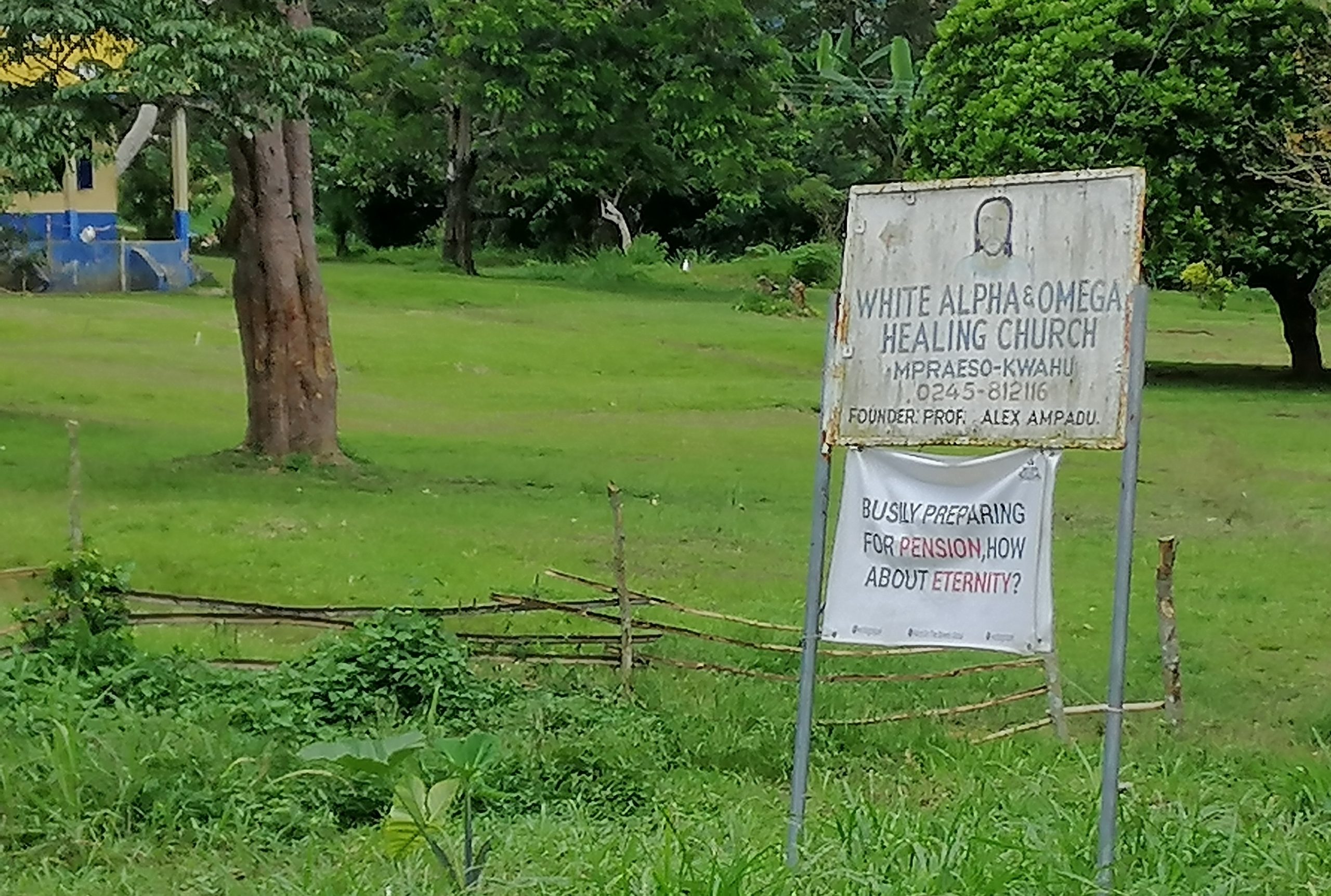 The sprawling town of Mpraeso is just south of Ghana’s Volta Lake and is home to a traditional pottery industry. I spent a few days there, enjoyed many scenic walks and took many pictures, including our #Day12 photograph.

You have to love church-founder Prof Alex Ampadu’s honesty: prayers have to be accurately addressed, and if they are meant for a white God, so be it.

I usually don’t do this, but Mpraeso’s quiet streets made logical thinking compulsive: if black was the original colour of the species (don’t look at me, query the fossil and DNA evidence), it follows that there cannot be a white Alpha and Omega. Perhaps a white Kappa and Omega, or a white Epsilon and Omega. Theoretically, a white Beta and Omega is even possible (if we squeezed evolutionary timescales)… but to be there ‘at the very beginning’, the Alpha and Omega who made the original species black, in his own image, has to be… black. Right?

But healing churches don’t major in Logic, you say? Geddit.