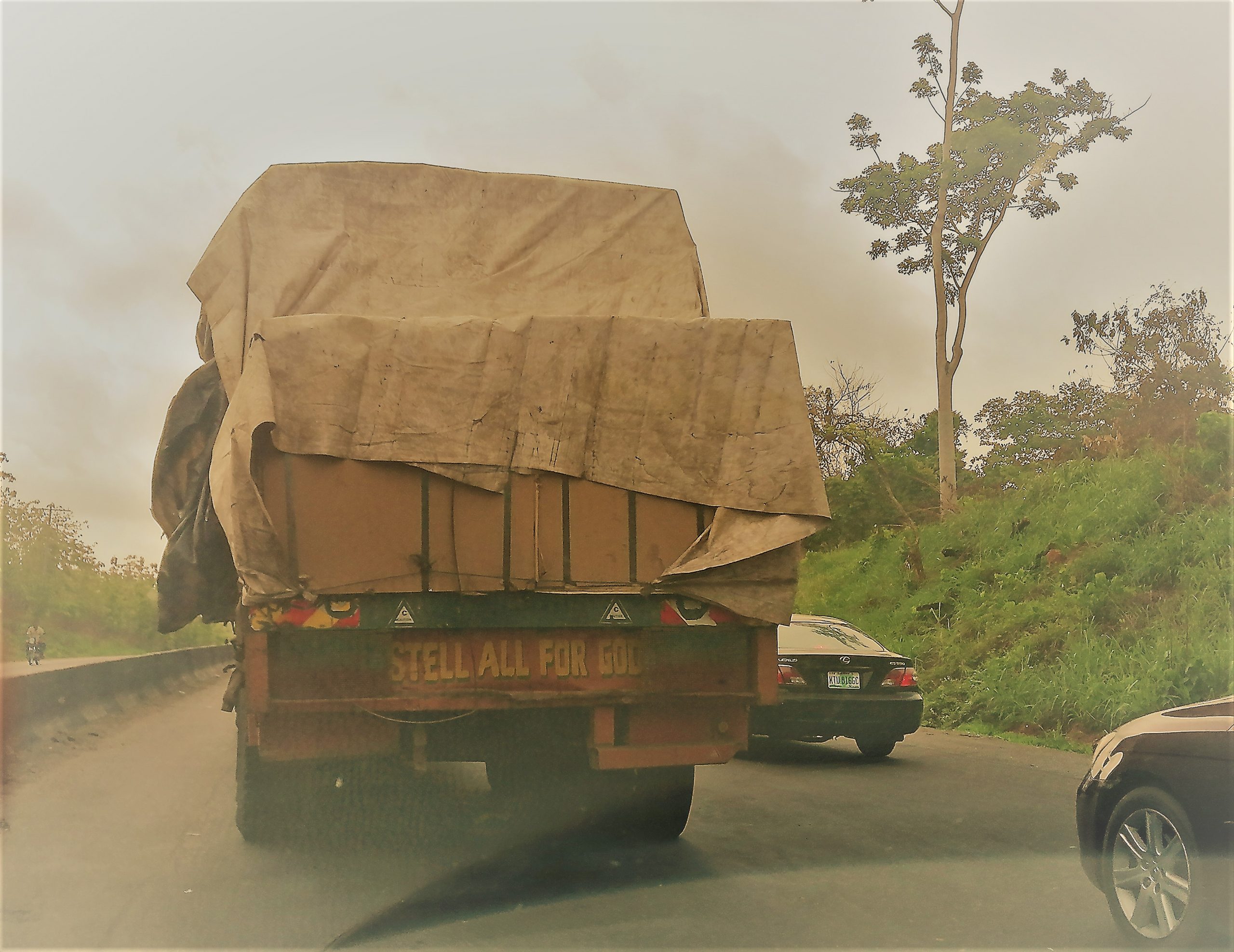 I am really hoping that ‘Stelling’ may mean something other than ‘stealing’ in one of Nigeria’s 300 odd languages, but what are the chances? After all, it is not that long ago since a major church declined to return the millions in loot that a faithful but embezzling parishioner had deposited in their tithe-and-collection box.

Yes, the longer one mulls this #TruckPhilosophy, the more likely it is that our trucker is merely educationally and morally bankrupt, in an honest way. One of the best thing about my countrymen is their frankness and ambition. The Nigerian God calls us not just to steal for him, and not just to steal some, but to steal ALL. And this is just for semi-illiterate truck drivers of course. By the time our divine larceny achieves parliamentary, ministerial or presidential dimensions, we are called not just to steal all the public assets possible, but to borrow entire budgets from the future, from our children’s children, and steal that as well.

It is fortunate of course that our current men of God are not as literal as Paul, who sent Ananias and Sapphira to an early grave for not turning over ‘ALL’ to God. Today, Nigerian franchisees of God happily settle for tithes ‘n offerings, or cathedrals and mosques in the old hometown.

The other day, a friendly civil servant broke off a negotiation for a bribe to give me a flyer for her church’s special deliverance programme. When I discussed this apparent incongruity with her she explained, evangelically, that she was merely asking me to bless her, she was not demanding it, and that there was a clear difference between a gift and a bribe. Of course, Nigerian law does not recognise this distinction, but she was not in the mood for unsolicited legal advice.

I think the trucker is more honest. He doesn’t pussyfoot around, baptising Bribery with the new Christian name of Blessing. Our trucker’s God says to Grand Larceny, ‘Come as you are’.

I just hope he doesn’t carry an AK47 in his cab, to lubricate his ministry.