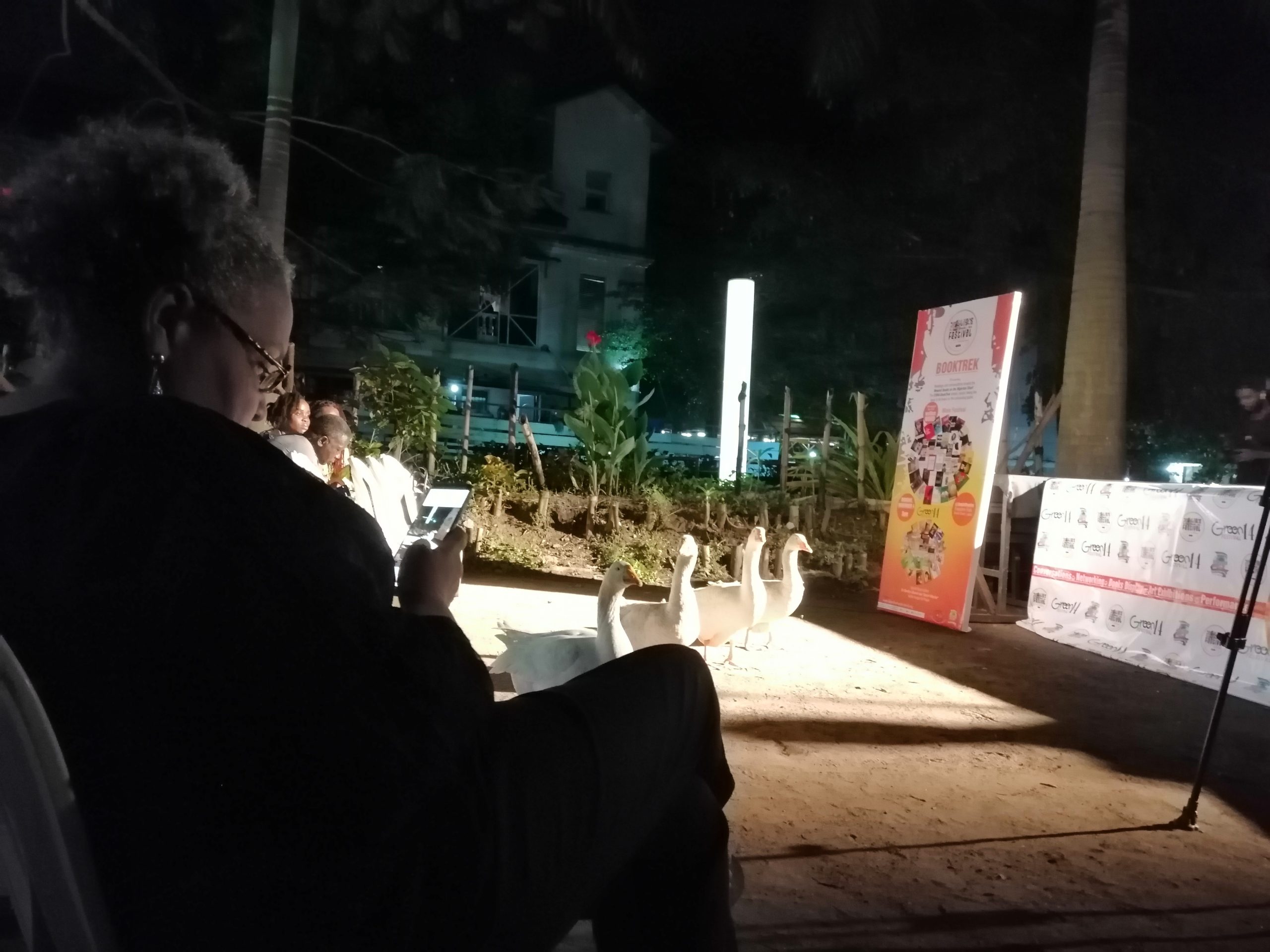 If you attend any cultural, literary or musical event at Freedom Park, Lagos, you are likely to bump into these limelight-loving geese, seen here on the stage of the LABAF festival of 2019. Looking fly, they have lost the poultry’s traditional fear of the soup pot and from their aggressive begging style have clearly aced their apprenticeship at the Lagos Area Boys’ Street School.

Freedom Park, of course, started out back in 1885 as ‘ Her Majesty’s Broad Street Prisons’. It found its current ministry following a makeover by architect Theo Lawson who went for memorialisation rather than erasure. Visitors will find monuments in the park to remind them of its history and the thousands of alumni who graduated from the facility in earlier times.

But that was in the past. These days, the four current celebrity inmates know how hungry the streets of Lagos are, so they haunt their prison of freedom happily, swanning across their private pond, photobombing literary festivals, honking background vocals at music festivals and generally living the high life for poultry.

One imagines that if Herbert Macauley & Co were still alive – and young – today they might administer the 10-Point-Colonial-Test to state and country and failing their motherland, resume their freedom fighting ways. And pigs might fly.

Meanwhile, in dog-eat-dog Lagos, it sometimes pays to live the life of geese.