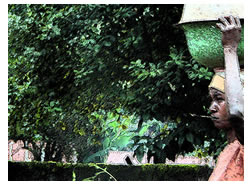 ‘I don’t even know why I’m saying this,’ he’d said, when he finally came around to it. They’d met thirty minutes earlier, in the magic swirl of the cocktail. A shake of hands, a flustered speaking at the same time, and a near-telepathic five-minute conversation about… she’d forgotten what… Then a frightened wife steered his steel-blue suit away to a mutual friend. He hadn’t even asked her name! Yet, every time she’d glanced towards him, she’d caught him looking away. And then – as tiring guests melted away from an exhausted bar – he’d walked across, sans wife, with a white card in his hand, ‘but I like you a lot. Don’t worry, I have no agenda here, and I don’t want your number either. This isn’t the first act of a seduction drama, I promise. This is… it; really. I don’t know, I’m probably confused, but – here’s my card anyway. Just think of it as an ever-green blank cheque. I’ll always remember your voice and if you ever need a favour, if you’re ever in trouble, just call…’ he’d broken off in some embarrassment, realising how teenage, how jamesbondish, he probably sounded. He’d stepped back, slipping his hand under his jacket, tapping his heart once, twice, then he was gone.

Sade combed her careful hair, eyes straining for strands of premature gray. From the corner, half-obscured by the cup of toothbrushes, his resigned card studied her wistfully, dog-eared and yellowed with age but innocent as the day it was gifted. Thirty years had passed. She had never called. She had been in trouble dozens of times but his card just held a name, and a phone number – and the logo and name of an androgynous firm. What was he an expert in? – besides grand larceny in relation to a young waitress’ heart? Yet, he had saved her life many times, all the same, and his ‘blank cheque’ had grown all the more valuable by staying uncashed. She put down her comb, shut her eyes and prepared to meet her day. Without touching the card, she turned around the careful thought, scrupulously examining it one more time: somewhere, for some reason even he could not fathom, someone loved her, selflessly.