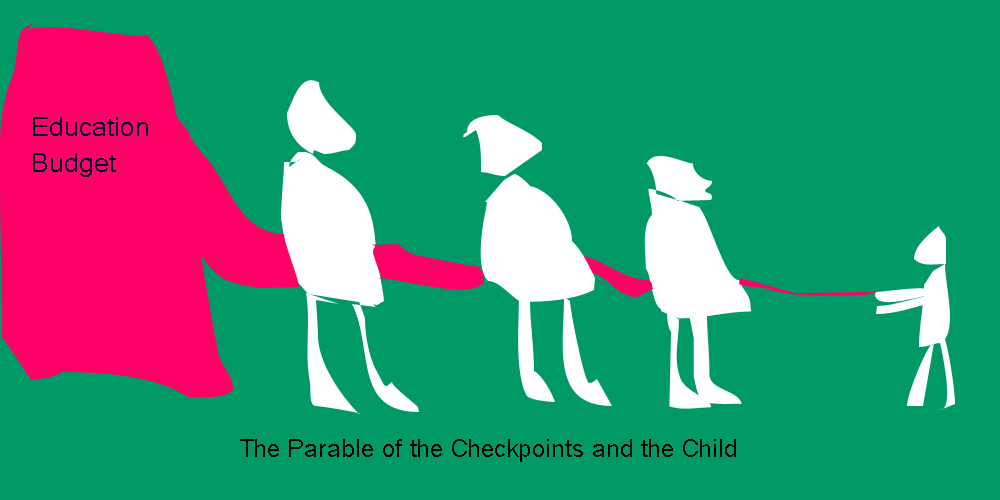 I am taking a break from a petrol queue to write you this letter on the occasion of the removal of the subsidy on petroleum products. It is a tradition for us to shed our tears in private and to present ‘manly’ faces to the public, but there are pains that sap even the ability to pretend. There is grief that goes to the marrow. Your new year gift to your countrymen is one such.

Nigerians are past masters at making do. Long after it became logistically impossible to survive on our wages, we continued to win dubious recognition as the happiest people on Earth. Your government’s withdrawal of the fuel subsidy saps, at a stroke, our ability to manage an already unmanageable situation. It rips the bottom out of an economy that had already bottomed out. We are commuters without roads, barbers without shops, mama-puts with epileptic 1-kVA gensets, victims all, suddenly bushwhacked by the over 100% hike at the petrol pumps.

I have read your argument for the withdrawal of the fuel subsidy, and it makes good sense. Yet, have you really read our own argument? It is simple: we the people do not believe that the trillions liberated from the Fuel Subsidy will fare any better than the tens of trillions managed by successive governments, including yours. There are thousands of criminally abandoned projects on the books. We know that the list will simply grow longer with the Fuel Subsidy proceeds. There is a simple way to gain this president/people trust that is so critical to governance – within the next two years you can put in place a petroleum refining capacity equal or greater than our domestic demand. Once you do this, you will not need to remove the Fuel Subsidy. It would have disappeared.

It is clear that even the trillions liberated from the Fuel Subsidy will not save us. You challenged us to look around the world for a country with our level of fuel subsidy. We looked. What we found – embarrassingly enough – were governments with far less resources delivering far more to their people. Yes we had low fuel prices, but we were mostly our own water boards, power plants, and police authorities: we needed those prices to pump our own borehole water, to generate our own electricity, we the people who have to grade our own streets, to pay our own vigilantes and waste collectors – despite the politrickcians in our government houses up and down the land. Do look around, Mr. President. It is worse today than the halcyon days when you trekked barefoot to school. These days when our children do get to school there is not an education worth its name to acquire. As I write this, universities are on their permanent ASUU shutdown, which is occasionally interrupted by stints of lectures.

Let us tell ourselves some truths. True, frustrating trillions flow past daily in the Oil Subsidy Stream, but the labourers lined up to fetch the subsidy are carrying baskets, not pots. This programme of yours will be ‘wetting the ground’, not slaking our thirst. Government has processed trillions of Naira without transforming our fortunes. We do not believe that another tranche will finally do the trick.

We are not fools, so we know that the ‘subsidy’ has to go sooner than later; but the speed and violence of this surgery will kill the patient. We want neither the bankruptcy of the spendthrift Greek government, nor the anarchic streets of the North African presidents-without-ears. You were not elected president to preside over the economic extirpation of your constituents. This operation is so radical that it requires anaesthesia; your SURE programme is good, but it does not begin to address the grief occasioned by your new year gift.

Declare an honest war against the Corruption Subsidy today and the people will line up with you against the corrupt bureaucracy, legislature, judiciary and every other agency that opposes that vision. You will go down in history as a blessing not a curse. 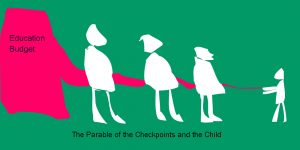 Picture this parable of checkpoints, Mr. President: it is 2012 and a Nigerian pupil stands barefoot in his windowless, deskless, chalkless classroom. He waits for a barely-literate teacher who will not be coming today – because he is owed six months worth of salary arrears by the government. The only thing standing between this potential future president of Nigeria and his quality education are the hundreds of illegal checkpoints between the trillions of Naira in the education budget and his chairless classroom. How can a country that spent N1.4 trillion on education last year have so dysfunctional a system? Remove those checkpoints, President Goodluck. Scrap the Corruption Subsidy and we the people won’t even need your Fuel Subsidy. Scrap the Corruption Subsidy and you will go down in history as a blessing, not a curse.

So choose today who you fight for: the barefoot brigade who took you at your word and elected you, or the corrupt battalion who are even now ordering calculators with more zeroes for the contracts to come. Decide where you stand: will you man a corruption checkpoint, or are you shoulder-to-shoulder with we the dispossessed who elected a Jonathan to Judgement, only to find ourselves today, docked, and on trial for our life itself.

The war against corruption is not the unwinable, idealistic, lost cause that it is made out to be. Our proposed Corporate Corruption Bill provides a clear-sighted template to relegate Nigerian corruption to the museum of extinct monsters. Our proposal to liquidate or to expropriate the shareholding of principal actors of companies that indulge big-ticket corruption is radical, but no where near as radical, or anti-people, as your new year gift to your countrymen. A final word: the Nigerian leader of our dreams will send a battalion of soldiers into the desert in search of one lost Nigerian. He will not order battalions of armed men to run down defenceless citizens crying out to him.