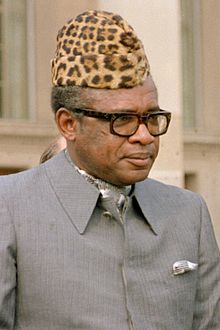 I have known many a wicked person, but I’m yet to attend the funeral of any. Somehow, death sanctifies us and the priest glosses over our sins to deliver so soaring a eulogy that even the family is hard-pressed to recognise their dead. This is how we roll in Nigeria, a strong culture of hallowing corpses.

That culture did not help Abacha.

The first paragraph of the preface to The Ghost of Sani Abacha reads:

‘Every blooded Nigerian remembers the day General Sani Abacha died. It was June 1998 and I was leaving chambers in Lagos when the news broke. I remember the spontaneous party that poured into the streets – horns, loud music, dancing… and the spectacle of perfect strangers in public embraces. It was wilder than the day Nigeria won the junior World Cup, and eerie as well – all that public joy unleashed by the death of a head of state’

You would think that such a fearful demonstration of public loathing of bad leadership would be enough to keep the feet of our leaders on the straight and narrow. You’d have thought wrong. In the decades since, I have seen the irony of those street celebrations by public servants who returned to their looting the day after, and succeeding rulers who embezzled the very funds they recovered from the ghost of Sani Abacha. Today’s musing is provoked by Nick Wright’s piece in which he reviews Malawi’s Cashgate corruption scandal, and concludes

‘…at the same time, perhaps Malawian academics also need to be invited, as a matter of urgency, to write a new History of Modern Malawi – a history that will give the country’s leaders a sense of posterity to which they will one day be answerable.

‘A sense of the modern history of the country is lacking in Malawi, and although a new understanding of this history would not end impunity or high-level fraud, it might help create a sense of unity and highlight the fact that Malawi’s leaders are accountable to their people and their country not just now but forever more. It would remind those that might be tempted to enrich themselves to the detriment of their country that they will be judged not just by Malawi’s imperfect judicial system, but by generation upon future generation of their compatriots.’

The idea that Africa’s corrupt elite can be so scared of the judgement of future generations that they will give up corruption and lead a life of honesty has me grinning. The only generations relevant to corruptocrats are the children of their children’s children, and those spoilt generations, lolling in the lap of ancestral loot, will certainly burn candles in the mausoleums of their bandit gramps. A jury will not have to retire to consider this question: we can safely conclude that most of our leaders have only a fleeting interest in their reputations, whether in life, in death, or in history.

Their abiding interest is in their bank accounts. (There is clearly a bureau de change somewhere in Geneva known only to a clique of despots, which converts Euros into Satanic Dollars at a decent rate; one’s suite and stature in Hell is indeed indexed to the size of one’s Swiss account here. It is, of course, preposterous to think of Obiang Nguema leaving his US$600 million estate in his oil-rich-oil-poor country to fight common pick-pockets for space on the steps of the Satanic palace of Pandemonium.)

To return to Nick Wright’s panacea, the most distinctive feature of the African malaise is the collapse of the Intellectual class who would presumably write these histories. For the price of an indentured place on the margins of a so-called middleclass, the ‘intellect’ in intellectual is hired out like the daily paid labour of any roadside labourer. Were a ‘history’ to be written, there are Ph.ds aplenty to elevate the Hastings Kamuzu Bandas of our recent past to the stature of Askia the Great in the future.

But our leaders are not even bothered to commission histories and hagiographies. Who would read them?

Malawi has travelled the Corruption Expressway with the best of us. From the days of Hastings Banda who amassed a ‘pension pot’ of $320 million, through the presidencies of Muluzi, Bingu wa Muthariku, through to the second (Joyce) Banda who once had to sack an entire cabinet over corruption charges, the country has arrived at a scandal unravelling in the government of the second (Peter) Muthariku. The incumbent is apparently giving investigators more room to work, but people have been eliminated and a cloud of fear hovers. To quote Wright,

The case those in court are speaking out about … is the huge government scandal known as “Cashgate”. In this long-term case of high-level fraud, millions of dollars of public money were channelled into private accounts through construction companies that provided the government with bills, but no services.   (emphasis mine)

The classic treasury looting vehicle is any of a number of variations of the Corporate Kickback. It is used from the smallest local government deal to the $6 billion Halliburton Corruption scandal. Yet, Cashgate is stone-age corruption. In this time and age, there is no reason for companies to provide bills without services. Corruption can be very ‘legal’ with over-priced services duly provided to audit-proof standards and the margin discreetly deposited for the partners in the public service.

This is where the Bribecode intervention comes in. By providing a penalty of Liquidation for companies convicted of serious corruption, and Total Assets Forfeiture for their human co-conspirators, a zero-tolerance environment is created that is more effective than the moral appeal to the nebulous judgement of a future generation. The problem of secretive corruption transactions is addressed by rewarding witnesses with a percentage of the proceeds of either liquidation or assets forfeiture. Malawian whistle-blowers currently suffer prosecution and death. Rewarding whistle-blowers substantially creates a viable market in information and companies can even set up to actively prospect secret information. The efficiency of the private sector can make corruption a mug’s game and bring self-regulation into corporate ethics. Finally, Bribecode’s philosophy is to break down monolithic prosecution structures. Corruption thrives best where a corrupt leader controls the machinery for launching prosecutions. The Bribecode changes things around by decentralising prosecution and making it competitive. In non-federal states like Malawi, with regional governments appointed by the centre, such competitive decentralisation can take the form of alternate prosecution powers donated by law to CSOs.

Global Financial Integrity estimates the levels of illicit financial flows out of Malawi between 2003 and 2012 at US$5,847million. The figure for Nigeria is US$157,455 million. It  is also estimated that only about 5% of the trillions of dollars looted worldwide is ever recovered by the traditional court systems. By substantially rewarding information on corruption, and freeing up prosecution bottlenecks, the Bribecode will not only dial down corruption, it will harness the energy of the private sector for the identification and recovery of stolen funds. Africa has a long heritage of Kings, Emperors and Pharoahs whose abiding legacies are pyramids to the temple of self. The very glory of their legacy is a testament to the misery of the population on whose back it was built. The Bribecode is an opportunity to break the kings’ vaults, and to encode a new tradition that hallows the living citizen rather than the dead oppressor.