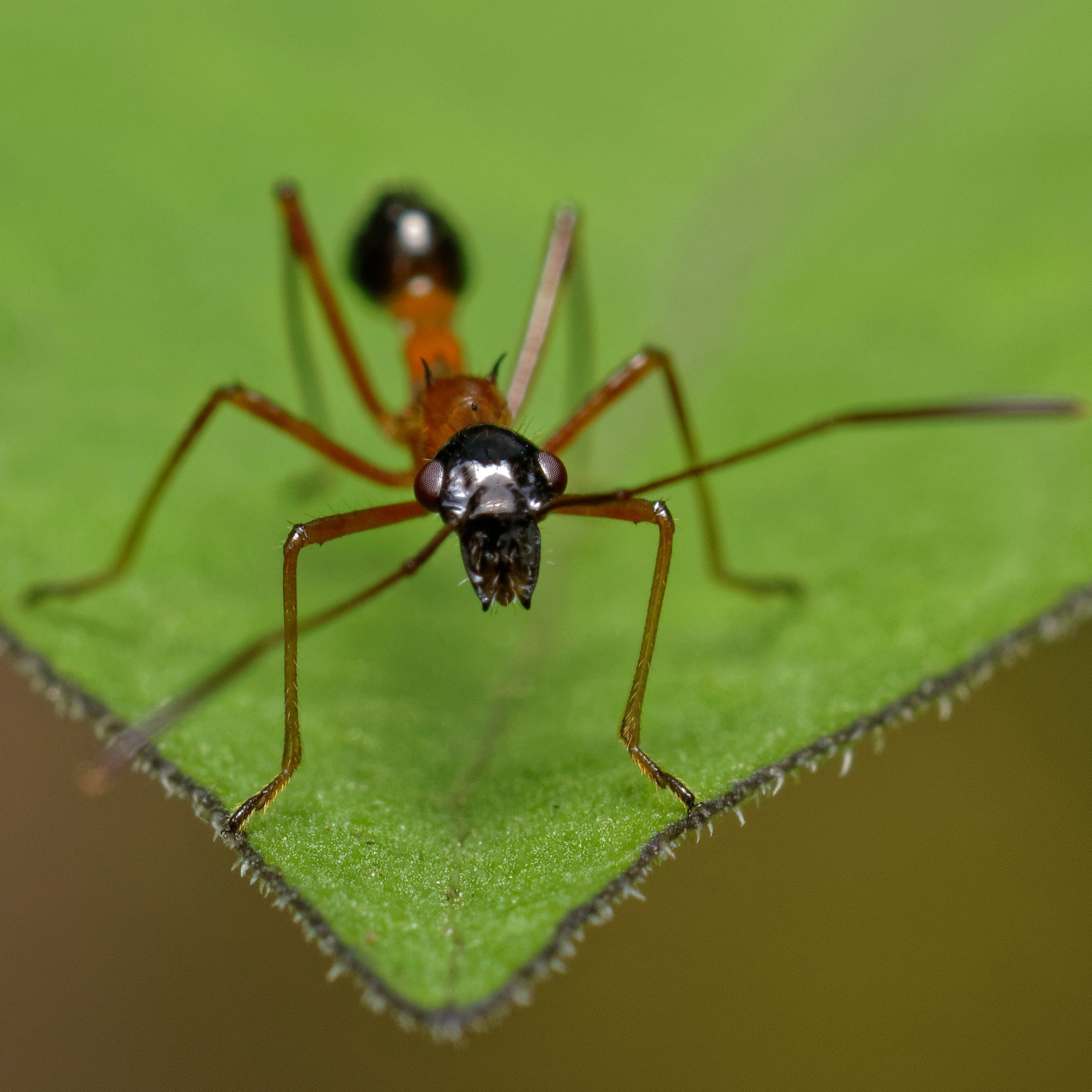 I am at the peak of my bioengineering career right now: I have created a kick-ass breed of smart ants with bigger brains than any of the 15,000 ant species in existence. Of course, ‘bigger brains’ is a relative term, and my smart ants are still ants at the end of the day. For instance, when I speak, all they ‘hear’ is rumbling thunder. But, their ant-language? That’s on steroids, trust me. They have upgraded on the pheromone-odour-communication-system of the rest of their kind. And with double the brainpower of any other ant alive, they are smart enough to recognise me as their creator.

This myrmecological project screams ‘Nobel Prize’, I know. I can even see the post-award headlines already… The DNA Czar of the Ant World… all I have to do now is conclude my research and publish. So, I am rushing to wrap up my fieldwork on The Impact of Bigger Brains on Ants, comparing my smart ants with a control colony of regular army ants.

When I started, it was clear that my ants would quickly run the army ants out of town. Obviously, with their greater intelligence, they would also climb the food chain to hunt rabbits, antelopes and the like… but… would I report on the world’s first ant art? Would I describe the creation of ant tools…?

The possibilities of my research project were mind-blowing! I was certainly going to see a glorious new complexity in ant colony architecture. There would certainly be major innovations in their social structures, as well as a new winner in the eternal ant versus nature competition.

What my research actually established were ants that constantly looked up to me for everything. It was like I had created hundreds of thousands of indolent pets. When they found large bits of food, they turned to me for help. The army ants in my control colony routinely hauled food that was fifty times their bodyweight. Not my entitled smart ants. Of course, I never lifted a finger to help them – this was a scientific experiment after all – but however regularly I failed them, their faith in me never wavered.

It was so frustrating: here were ants with the most superior DNA in the ant universe, lying prostrate, looking to me to help them in everything. ‘Go to the ant, thou sluggard;’ advises Proverbs 6:6, ‘consider her ways and be wise’. Hu mph! Better not look to my ants! My smart ants were the most pious sluggards in creation. And the most obsequious too: they were forever trying to bribe me with praise… as if I were some narcissistic creator with an insecure ego sustained by the ephemeral worship of ants.

As for ‘glorious architecture’, their best builders were endlessly tunneling ant colonies for me to live in. As to hunting, sure they had jumped a few grasshoppers and crickets, but they were also starving their own larvae to store up ant food for me to eat. The ant versus nature match was going pretty badly for my so-called smart ants: instead of trying to master their physical environment, they had decided to ‘master’ me!

Picture that if you will: thousands of besotted ants thinking at the rate of a measly 500,000 neurons per ant brain, trying to fathom the hundred-billion-neuron-mind of a man. I am a subject so utterly beyond the conceptual abilities, even of their hive brain. Yet, their fixation with me continues, the result is a dozen contradictory credos, each unique to a queen ant and her swarm.

At this point, I had to reassess the IQ of my creation. Had I bioengineered the most intelligent of all ants, or the dumbest? I could certainly see major innovations in their social structure: where the neighbouring army ant colony produced worker ants and soldier ants, mine now mostly produced prayer ants whose main function seemed a one-way ‘conversation’ with me.  The antics of these ants have made a bedlam of the colony.

To make matters worse – and I had no idea what hallucinatory nectar they drank to trigger this – the rival queen ants reorganised their polygynous colonies into killer cults. They interpreted my thunder as a war cry by their creator calling for the extermination of all ants beyond their cult and credo. The neighbouring army ants were a single united force attacking all their enemies as one. My ‘smart’ ants became dozens of deranged armies pitched against one another! I tell you, it was a bioengineering nightmare of genocidal dimensions: brother ants fighting a dumb, insecticidal, fight-to-finish, for me! My shoo-in Nobel Prize was slowly burning up in the flames of my own worship.

It is enough to turn a hard-working bioengineer off myrmecology and creation, to be honest. I am so depressed I am giving up food; for a fortnight at least. This crisis calls for serious prayer and fasting, to seek the face of God.