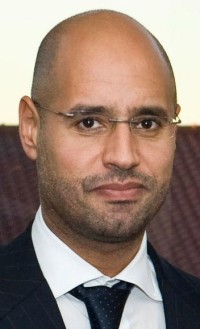 How to get a Ph.D from the London School of Economics 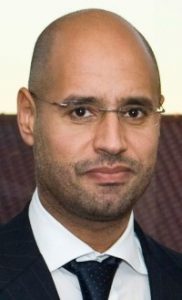 Obviously it takes a lot of hard work. – And it clearly won’t matter if your name is Saif al-Islam Muammar al-Gaddafi. Or if you are able to donate £1.5 million in support of the LSE’s Centre for the Study of Global Governance. After Muammar Gaddafi’s son earned his Ph.D from the LSE in 2008 he went on to announce the said princely donation. £300,000 of it had actually been paid up – and spent by the LSE – before the implosion in Libya put the charitable transaction on the front pages. Other problems hit the front pages as well: accusations of plagiarism against Saif, suggesting that the thesis on the basis of which his Ph.D was awarded may not have been all his own work after all.

(Sigh.) It is hard work, being billionaire son of  an oil-rich dictator. It is even more difficult, unspending the donations that have already been spent… but the LSE has a reputation to uphold, and they have now announced that they will set aside the equivalent of £300,000 for a scholarship fund for North African students (I forsee future lawsuits by Libyan students – who will naturally want the fund restricted to Libyans – and Southern African students – who should want the fund expanded to Africans generally. After all, Muammar did title himself the King of Kings of Africa).

All this opens dizzying portals in this season of the Seizing and Freezing of Suspect funds from Broken Dictatorships . How much self-inflicted moral blindness is meet for the grand institutions of the land when it comes to profitable dealings with the more polished faces of the Westernised spawn of tyrants. Moot points for discussion: are a thief’s contributions to church ipso facto sanctified? Are the claims of a victim for a reimbursement defeated just because the receiver of stolen goods happens to be a charitable institution which has applied – or plans to apply – the loot to ‘good causes’?

Ought the priest remark the blood on the fingernails of the monied hand stretching for the collection bowl?