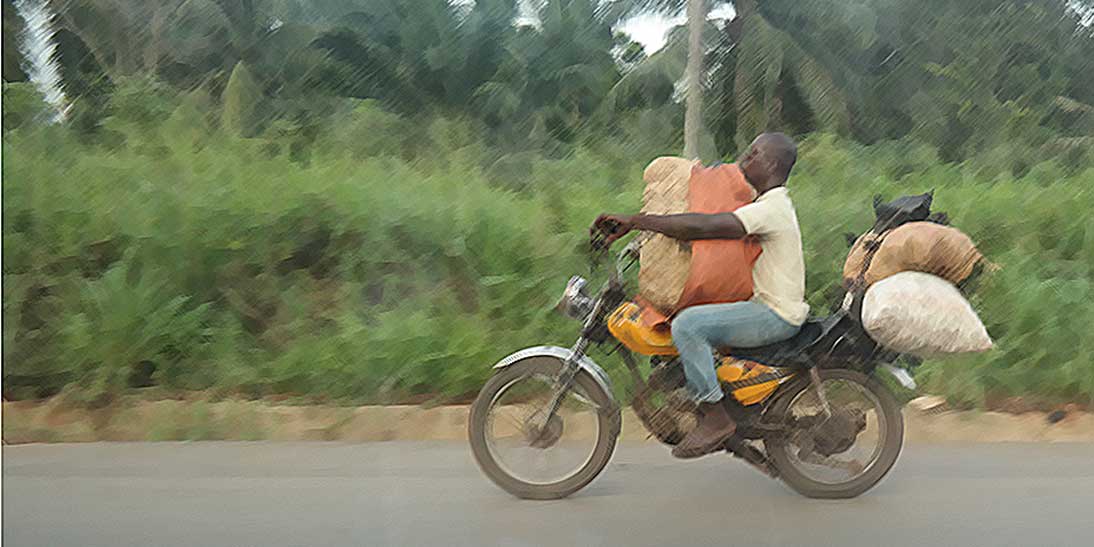 How to Spell Naija, Volume 2. the Journey so Far

Ahead of its full launch later this year, you can read a new story from the final volume of my collection, How to Spell Naija in 100 Short Stories  on your phone every Monday for the rest of the year. Here is the journey so far in First Paragraphs:

I am writing to thank you for the gift of the old Raleigh bicycle you “inherited” from Grandpa. With it, I now finish selling my newspapers by 3.15 instead of 3.30. That’s a whole fifteen minutes extra every day for my part-time studies. Papa thinks this letter is unnecessary – you know your brother! He thinks an SMS text is more than sufficient, especially since what I begged you for was a motorcycle, to enter the okada business. But I told him that we are still family, that gratitude is a medicine, and that eyes are in the front of the head so that we can look to the future, and not to the past.

The young man had not had a bath in two days, and could prove it. He pulled his trolley backpack halfway down the taxi rank of the provincial airport until he was standing in front of the blue Nissan hire cab with the dashikied driver. He reached for the passenger door, but the taxi driver pointed a dusty finger toward the front of the taxi rank, ‘Sorry, it is turn-by-turn.’

Godfrey was roused that morning by the sound of an incessant muttering in his head. His heart was pounding violently and he jumped out of bed in a cold sweat, looking under his bed and inside the wardrobe for the radio, or the army of mutterers responsible for the hubbub in his ears. There was – of course – nothing, and his room was silent, but for the crying muezzin in the distance… It was 5 am and the neighbourhood mosque had just started their call to prayers. In another few minutes the two churches in earshot would start their competing prayers on their public address systems… but the decibel war had been raging for years and he could usually sleep right through them.

Get the rest of the stories via okadabooks.

Next up on Monday 9th February (as Story 54) is COW GIRL. Don’t get left behind!