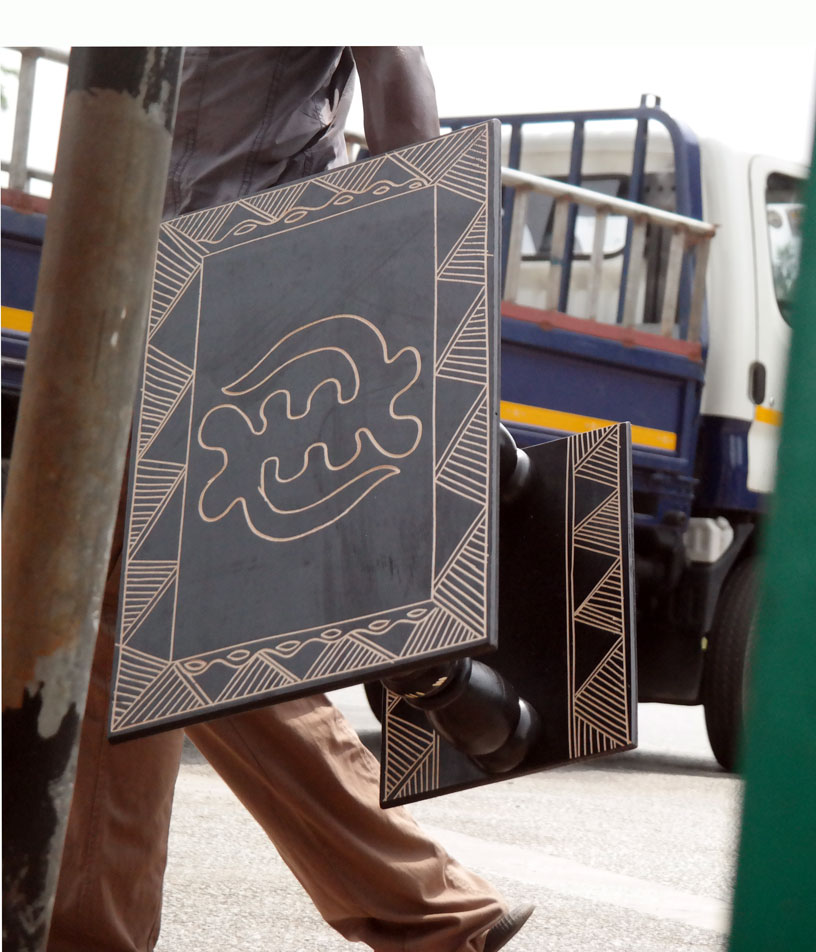 Lagos-Accra… A Tale of Two Cities

I still have my pet grouse with our urban developers, architects, builders and citizens who have given us cities that look too much alike, and owe too much to a common colonialism. Perhaps if we drew more inspiration from traditional architectural styles our cities would look more unique and less like suburbs of each other.

One thing stands out clearly though, as one transits from the streets of Lagos to those of Accra: the absence of musical talentfrom Ghanaian streets. The average Lagos danfo and taxi driver is a frustrated musician who does not understand why everyone make such a fuss over the ace percussionist, Wura Samba. They are percussion wizards in their own rights and their accomplishments are extraordinary, considering that their only instrument is the automotive horn. Sit behind a bus driver with an empty expressway to himself you will better appreciate their artistry as they bang out their obsessive symphonies, driving the rest of the city to distraction.

You can almost imagine the conversation between a Lagos bus driver and his mechanic after a major overhaul,

Mechanic: Sorry o, Oga driver: your brakes are gone.
Driver: It doesn’t matter anything, my God is good.
Mechanic: And your windshield wipers are scraping the glass… they need replace-
Driver: Next time, next time! The rainy season is not yet serious!
Mechanic: And the throttle cable has snapped, It is five thousand naira for-
Driver: Five thousand what? Just tie twine to the carburetor! I can draw the twine to accelerate…
Mechanic: And the horn is not work-
Driver: The horn is not working? So you expect me to drive without a horn? You want to cause accident?

Accra’s traffic is twin brother to Lagos’ traffic jam, but their taxi and bus drivers are no near relations. I am missing the mobile street percussionists in the traffic and their bass accompaniment, the diesel generators whose deep rumbles accompany you into every nook and cranny of the burg. But it is fine really: come evening I will be making some noise myself at the university in Legon… 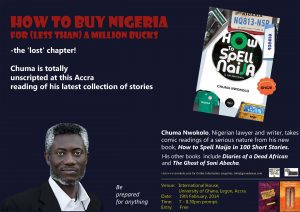 2 Replies to “Lagos-Accra… A Tale of Two Cities”