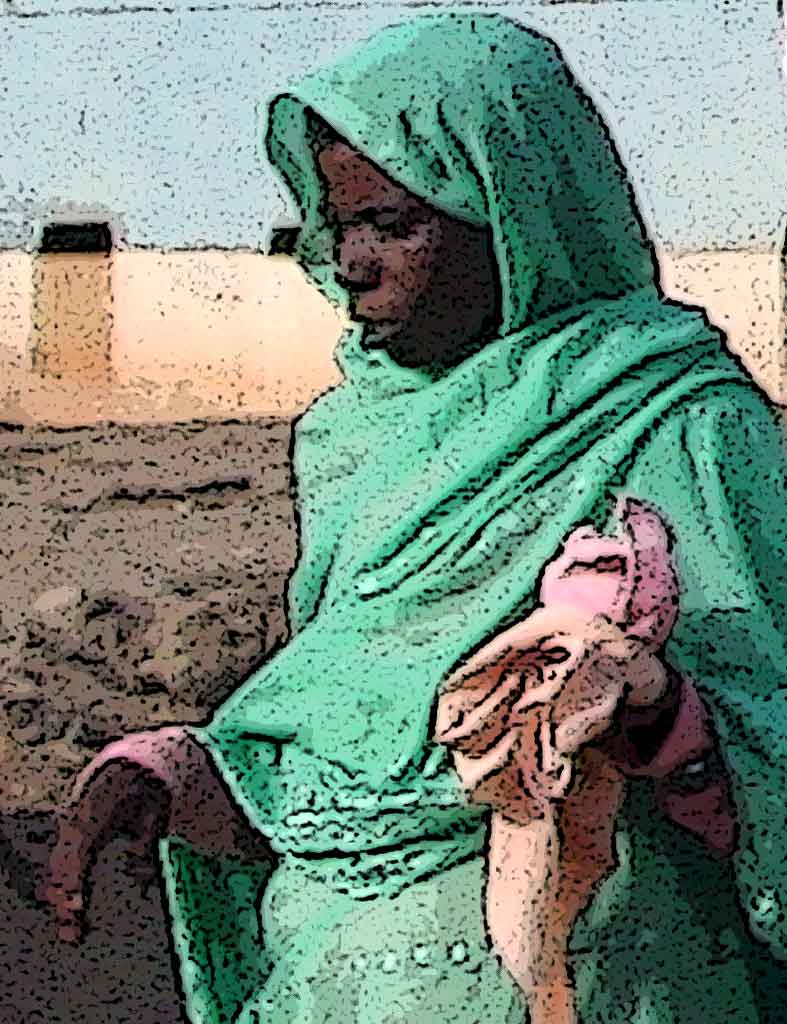 Letter to a Young Wife, from an Old

Thou art a young wife, so I shall open all my mouth. On that first day that his adultery comes to light, the whole world is right behind you, so let the force of your fury be known. Be natural, let it all hang out. The plates, the framed photographs of your wedding, his suits even, these are the legitimate, the expected casualties of his embarrassing sex. Noise the scandal to whom you may, what more do you have to hide? You heard it on the bus, did you not, between Onipanu and Maryland? The yellow girl with the housegirl hairstyle boasting of how much she got off the paddy with the potbelly who drives the green Cressida at Cement Busstop? Tell your friends, the groundnut hawker, his own friends even. Let the world feel the pain of his betrayal of you. Pain shared = pain halved, and all that.

On the second day you are still feeling bad, as is to be expected. It is a four-year-old marriage, is it not? One daughter, two London holidays, and a house already growing in the village? Fine, rage some more. Take the excuse of every word he says to dump on him. He deserves it, does he not? A man wants to stray and it is that ugly housegirl-type that his hands can reach. You could smell her from halfway down the bus, couldn’t you? And she fought like a wildcat too, practically stripped you naked during the fight at the Maryland bus park, didn’t she? Well let him have it then. Let your eyes flash and glint through all his apologies, break his I’msosorry champagne in front of him. Every fifteen minutes or so, hiss ominously. And if he so much as sets an apologetically seductive hand on you… well I don’t have to tell you what to do about that.

But this is the third day and you are not yet five years at this, are you? Fine, let me open all my mouth. You will notice from the party we threw last month that this is my fiftieth-year-anniversary – and my husband still holds my hand during our evening strolls. On the third day, my young, inexperienced sister, the world is not with you any longer. I am saying this of course from hard experience. His friends do not like you dwelling on the subject of extra-marital sex. Conversations about your husband’s activities after work always leads to their own activities after work, and if they are not careful, their own itineraries will end up under their wives’ microscopes. Your own girlfriends won’t like it either… remember they know all about you, and you’re not the senior sister of Jesus Christ, are you? You don’t want to provoke them into snide comments that your husband will pick up. Besides, all that extra sympathy you are bumming off their husbands… if you have matrimonial problems they will prefer that you don’t export it to their own homes. Nobody wants their husband to be holding and comforting another weeping woman for days on end, even if they are best of friends. Besides, all your married friends have horror tales of their own, and it is in bad taste to complain to a doctor about your pimple, when he is sitting on an elephantiasis of the scrotum.

In any case, my young sister, what did the green Cressida do to you? The third day is for toning down the rage, not ramping it up. So the housegirl type had the effontery to text him to ask if she forgot her earrings inside the Cressida? So? Is that not the same Cressida that takes you to work every day? That does your daughter’s school runs? How does breaking its windshield improve your life? No my dear… the clever wife’s rage is entirely premeditated. Nothing is ever done in the heat of the moment. She goes through her house carefully, determining the casualities of his next misbehaviour. When I fly through my house breaking things I might look quite mad, but my eyes are very sharp I tell you. I remember one aquarium that I hated so much, but it was a gift from my mother-in-law, and you know how that breaks down… anyway it took three years before he gave me an excuse to break it. Poor fish. Anyway, nothing, nothing, will provoke me to raise my hand against my own car. Am I mad?

That’s the point you forgot, isn’t it? The car may be in his name but it belongs to you. Just like the plates and photographs and old suits… these are impressive and terrifying victims of your rage, but they don’t cost too much. There is a system to the madness of a wounded wife and no matter how many times your daughter comes between you and your husband, you take her carefully to the side before swinging the pestle again, don’t you? So why did you smash up the Cressida? Are you mad?

(By the way, I don’t know who suggested the pestle to you, but it is a very bad idea. You are putting ideas into his head. An angry woman can swing a pestle around for show but the angry man will throw the whole mortar.  After all you are not the sister of Jesus Christ. One day you will make a mistake yourself and all he has to do is throw it once and you’re dead.)

Listen, three days is about all a man will take before he goes on the offensive. I told you I am speaking from solid experience, did I not? The first day his adultery comes to light, he is too embarrassed for words. On this day you can tear an old suit or two and he will still be begging you. On the second day you can still use him to wipe your boots. If he dares ask for dinner he can expect to hear the shattering of china in the kitchen. All that is par for the course. But when you go breaking his windshield on the third day, of course he’s going to pull out that email between you and Johnson at the Kano office. You didn’t think he knew, did you? I winkled it out of him yesterday because of my way with gossip, but he’s going to hit you on the head with it tonight. You just wait and see. He’s known about the emails for the last eight months, you know. You and I could never sleep on bombshells like that, but men are not like us. They can keep gunpowder dry for months and months, waiting for the strategic moment to detonate it… and a broken windsheild on day three is a strategic moment, you take it from me.

Don’t cry yet… if you will take the advice of an old woman. He will soon be back from the gym, don’t pose in front of the smashed car as you planned, with the text message on his forgotten phone in your hand. You must play it more intelligently. Once he comes in, you are to start crying immediately. He will be shocked and speechless – you only normally cry to manipulate your witnesses, don’t you? He will approach guardedly, ready to bolt at the first sign of aggression, but you must rise without the pestle. You must fall on him, incoherent with tears. Then, as he comforts you, you are to take him out to the garage and confess to the windshield you broke while hot on the heels of a rat. I know it is illogical and stupid and all, this rat story, but you are wet with remorseful tears in the arms of your husband and take it from me, logic will play no part in what happens next. He will have noted the forty or fifty thousand naira that will be leaving his account soon to fix the car, but he will also have noticed that his days in the doghouse of adultery are over. That incrimminating email with Johnson will be far from his mind, I assure you. Instead your marriage is going to be in a stronger place tonight, than it was when his eyes were turned by the housegirl type. Especially if you have the guts to pour water on his gunpowder by confessing to the embarrassing emails at the climactic moment tonight. That, my dear, will be your coup de grace.

Which brings me to the end of my letter, and to those silly emails to and from Mr. Johnson. What’s the matter with you, child? Where do you find the time to write love mails like that to another man? So what exactly was your husband supposed to be doing while you were spending all that time messing with the mind of another man? If you leave your green Cressida running with no one behind the wheel, don’t you know that some smart housegirl is going to take it out on a spin? Frankly, you’re lucky it was only one housegirl; grandmothers like me like to indulge the occasional joyride, you know. (Look, that was just a joke, okay?) Fine, so nothing physical happened with Johnson and all that, yes, yes… but let me tell you, you’re wasting a very valuable resource. It is madness to spend your emotional energy on other men. Where’s the pay off? Pour everything into your husband! The truth is that men are emotionally lazy. Text him, sext him, mail him two or three love notes a week… hit him with all that love energy and he will be crippled, too exhausted for the mental triangulation necessary to get it on with your housegirl co-wife. You can take this to the bank… I’m drawing on fifty years of hard-earned experience here. I have to stop here: it’s time for our evening stroll. The good thing is, they all get tired eventually. One stroll to Cement Busstop and back and that’s my tiger’s straying done for the day.

28 Replies to “Letter to a Young Wife, from an Old”