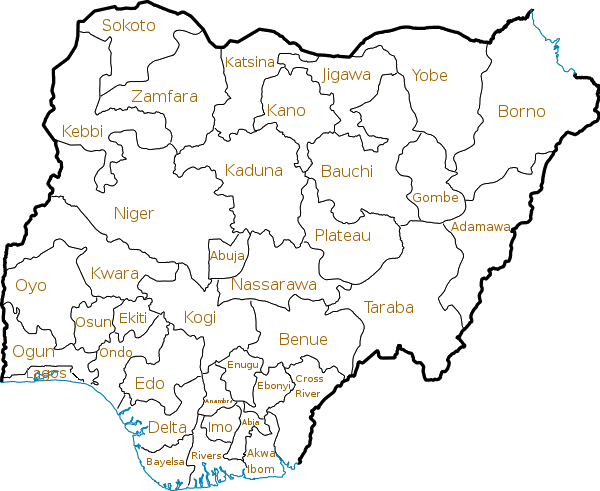 One More State, Anyone?

First there were 3 regions, then 4, then 12 states, then 19, then 21, then 30, and now we have 36… and the cries for fractionation continue, with a constitutional provision to perpetuate the cycle of fictional ‘creation’ of new states from old. Without an extra inch of territory since Northern Cameroon joined the union and Bakassi left, we have added states like an obese bureaucracy addicted to its fix of recurrent expenditure.

Yet, what if we had lived an alternative conventional wisdom that worked for better bureaucracy rather than more? That campaigned for cleaner government, rather than nearer? That fought for more efficient regions rather than smaller states?

What if, instead of some 700 commissioners, we had 60? What if instead of the hundreds of SAs and SSGs and HoSs, and the thousands of identical, idle agencies across the country we had a handful of potent, efficient technocracies?

What if instead of 9% we spent 50% of our national budget on capital expenditure?

What if instead of our thousand state house of assembly members (with their SAs Prados, perks, ‘constituency allowances’…) we had a hundred? What if instead of their N6 billion annual salaries, we paid a few million?

And what if instead of 91% of our national budget going to Recurrent Expenditure, (with many states owing salaries and some primary school teachers having forgotten the sound of a bank alert) we had spent trillions of naira over the past decades on infrastructure, on roads, schools, housing estates, not fat allowances?

But no. The madness continues. 19 more fictional states stand in the wings on Confab recommendations, set to bring the tally to 54. And the 9% of the budget spent this year on Capital Expenditure is set to shrink further. Nobody stands back to see the big picture: that a pie cut 54 ways is still a single pie. That a state is not a local government – we have 774 of those also, close to a thousand chairmen, tens of thousand councillors (don’t get me started!) – and that the solution to Bad, Corrupt, Inefficient Governance is Good Governance, not More Bad, Corrupt, Inefficient Governance.

3 Replies to “One More State, Anyone?”