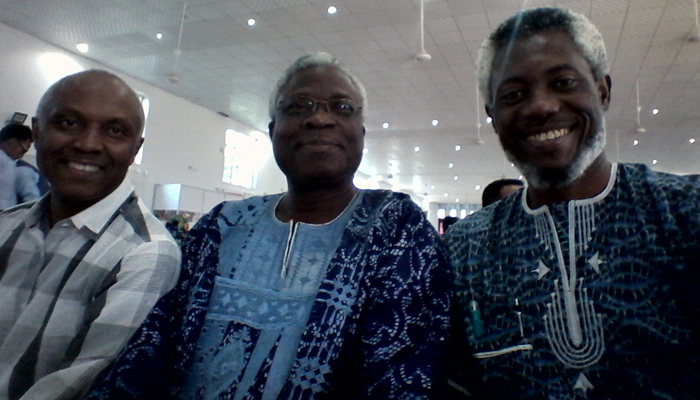 For the third August in a row, I visited Somalilland as a guest of the Hargeisa International Book Fair. Nigeria was the guest country this year and our delegation included the writers, Niyi Osundare and Okey Ndibe. I met Niyi Osundare for the first time in the belly of our Addis-bound Ethiopian airliner. It was ironic that although we published his poetry in the first edition of African Writing Magazine, it took an invitation to Somaliland for me to meet him in the flesh. In my defence, there are a hundred and seventy million of us compatriots and he did live mostly in the US, well beyond my usual stamping grounds…) Over dinner in our layover hotel in Addis I got to hear, first hand, of the New Orleans professor’s harrowing ordeal by water thanks to Hurricane Katrina.  I had read a precis in the news at the time, but there was nothing like a blow-by-blow account from the engaging poet himself.  We stayed up till close to midnight swapping stories. He was currently writing his autobiography and it was clearly going to have its thriller moments.

We were about to retire when I first realised that I had forgotten my camera in Lagos: my anticipated chumagination cartoons had suffered a critical blow. I was crestfallen. My friends, when they later heard about this setback, seemed visibly relieved.

The next morning, as we boarded our connecting flight to Hargeisa, we met Okey Ndibe who was arriving directly from the US. Okey was of course no stranger to me, having fetched buckets and buckets of water for me as a junior back in boarding house… (Okay, this last sentence is an inventive fiction of my imagination, but conversing with Okey does tempt one into invention, just to keep up, such was the naturally anecdotal colour of his conversation: he had clearly always been a writer waiting to happen) We met also the de facto Somalilander, Mary Harper, who has been coming and going for many a decade… and the duo of Quman Akli and Edna Adan, two members of the Somali Diaspora returning for the Book Fair. There were many more passengers bound for the book fair in the airliner that bore us through to Hargeisa Airport. I picked up a visa at the immigration desk for a fee of $60. It was up $20 dollars from last year, but only because the $20 exit visa had been added to the entry visa. This used to be one of the few countries in the world where you had to pay for an exit visa on departure, and I wondered momentarily if they had had to change this policy when too many people were acquiring Somaliland citizenship by default because they were too broke to leave…

This was the 8th edition and the Hargeysa International Book Fair had easily become one of the most important cultural events on the Somaliland calendar. Despite its name, it was more than a book event. The organisers had taken a cultural license that situated music, dance and a celebration of the Somali language at the heart of the one week festival. For foreign visitors, it was also an opportunity to explore the food of the country with visits to different Somali restaurants – this was a tragic country to be a vegetarian in, for the restaurants’ menu fairly bristled with goat and camel meat.

But food was still in the future. For now, we stepped out of the terminal building to meet faces new and faces familiar from previous visits. One of the new faces was our organiser, Amina, who jumped out of her efficient emails to whip us into an efficient line-up for an arrival photograph. Soon we were riding the chartered buses to the Mansoor Hotel, which would be our home for the next week. With the presence of Ghanaian Architect, Joe Addo, on the book fair programme this year, I could not help studying the streets and the local architecture with greater attention. I could also not help noticing the absence of armed escorts: during my previous visits, armed soldiers had accompanied us everywhere outside the hotel. Today there was nary a uniform nor rifle in sight.

It was clearly a more confident festival, and country… but was I more or less nervous myself? Well, that’s another blog.