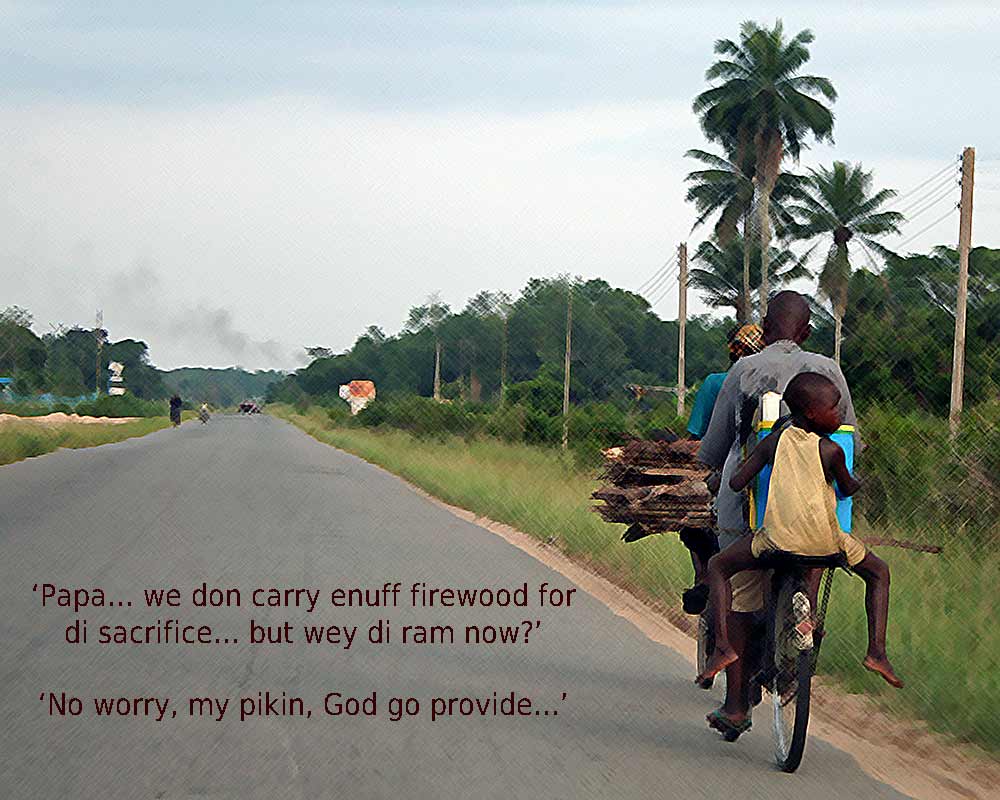 Sacrificing the Next Generation; Lessons from Abraham 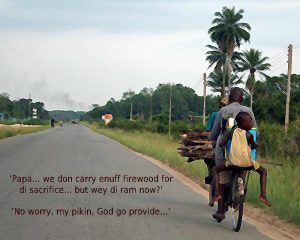 The Biblical story can be economically related: Abraham goes up the mountain with his son Isaac. He is under instructions by God to sacrifice the precious child. ‘I see the fire, I see the wood, Pa,’ says the perceptive son, ‘but where’s the lamb for the burnt offering?’

On the mountain of Moriah, Abraham ties up his son. This is a supreme moment of sacrifice for him, for he loves his son dearly. But God has to know where He stands in Abraham’s scheme of love. He is about to kill Isaac when the angel stops him in the nick of time. Abraham has passed the test. A ram caught by the horns in a nearby bush is substituted and all is well between father and son.

I have often wondered about that father/son relationship, following that harrowing mountaintop experience. If Isaac was a spoilt child before, he would have woken up to the harsh realisation of his position in his father’s priorities: a distant second place to God. Did Isaac lie awake on some nights, listening for the sharpening of a machete? Did he ever wonder how good his father’s hearing was, and how good his interpretation of the word of God? Did that experience provoke in him a desire to get on first name terms with God Himself, the better to say on subsequent trials ‘… um, Pa, I think that’s an angel calling… I can hear God for myself…’

The Father-Son compact is much on my mind these days. On many fronts it seems to me that our generation is changing the benign landscape not just of our lives but the lives of unborn generations. The young people of today seem to follow too docilely after ‘Abrahamic’ fathers who totter along, not under the influence of a benign God, but in an alcoholic daze, in a Mammonic stupor, stunned by the lure of the flesh and dragged in sewers by demons of greed. The young people do not hanker to know their constitutions for themselves, to test their reins. On the inspiration of the European wars, Wilfred Owen, rewrote the ending of the Biblical story in his iconic poem, The Parable of the Old Man and the Young.

…an Angel called him out of heaven,
Saying, Lay not thy hand upon the lad,
Neither do anything to him, thy son.
Behold! Caught in a thicket by its horns,
A Ram. Offer the Ram of Pride instead.

But the old man would not so, but slew his son,
And half the seed of Europe, one by one.

The times have not changed much since Owen’s days. We live in times where patriarchs ensconce themselves in harems, ministered to by nubile wives and mistresses while they send young, idiotic suicide bombs into market places in search of 72 virgins in the heavenlies. Times when commanders in chief send men to war as though the dead and dying were cattle, rather than sons of grieving parents. Times when our leaders do not bleed for those of us that die under their watch. We have leaders who do not consider our children to be their concern. Who do not care that we starve, are ill, or are destitute. We have sons and daughters of the crooked wealthy who lack the introspection of a post-mountaintop Isaac. Who fail to see that even the children of a Ghadaffi are sacrificial lamb on the great pile of firewood being amassed for our collective destruction. Our youth have both the brains and the brawn. They have the vote, they have the skills, they have the visions. They have all it takes to take control of their societies. Yet, what is this nattering we hear constantly by the sheep enroute to the slaughter? ‘Where’s the ram, Papa?’ ‘Where’s the ram?’

And what do the leaders say, as they sharpen their machetes? ‘God will provide, my son,’ they say, licking their lascivious chops, ‘On the mountain of the Lord, He will provide.’

(note: the hard-working family in my photograph are victims too…
the dialogue occurs only in the writer’s imagination! )

2 Replies to “Sacrificing the Next Generation; Lessons from Abraham”