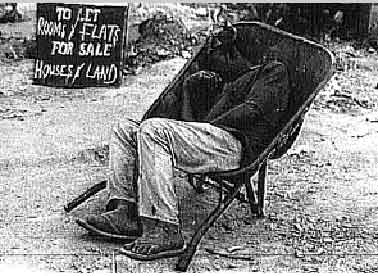 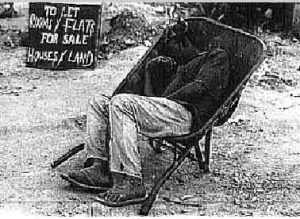 When the billionaire Dark Chief wanted to enter politics he gave himself a year for the project, and he announced his decision in a living room press conference attended by Disreputable Reporters who accepted Black Envelopes. When it was published, howls of Righteous Indignation rose from all over The Land.

The Dark Chief smiled and nodded.

From then on, from every town and city in the land, the basest fellows went forth to his home for midnight dinners. They left before dawn, their cars groaning with the weight of his generosities, so that when the serial crimes of the Dark Chief was rehashed in their circles, they raised their small, compromised, voices in his defence. And the Reputable People knew, did they not, that if they ever found themselves in a Spot, if they ever had an Urgent Foreign Trip to finance, an Embarrassing House to finish off, or simply an Indulgently Expensive Burial Ceremony to underwrite, they only needed to knock on the door of the Disreputable Character running the local Dark Chief Franchise.

It took a year, but it came to pass. The Dark Chief toured the land and there was no standing space at his political rallies. The air was rent with the praise of Reputable People, their voices slurred with the phlegm of their own vomit. The Dark Chief smiled and nodded.

That was how to do things in The Land of the Shameless People.