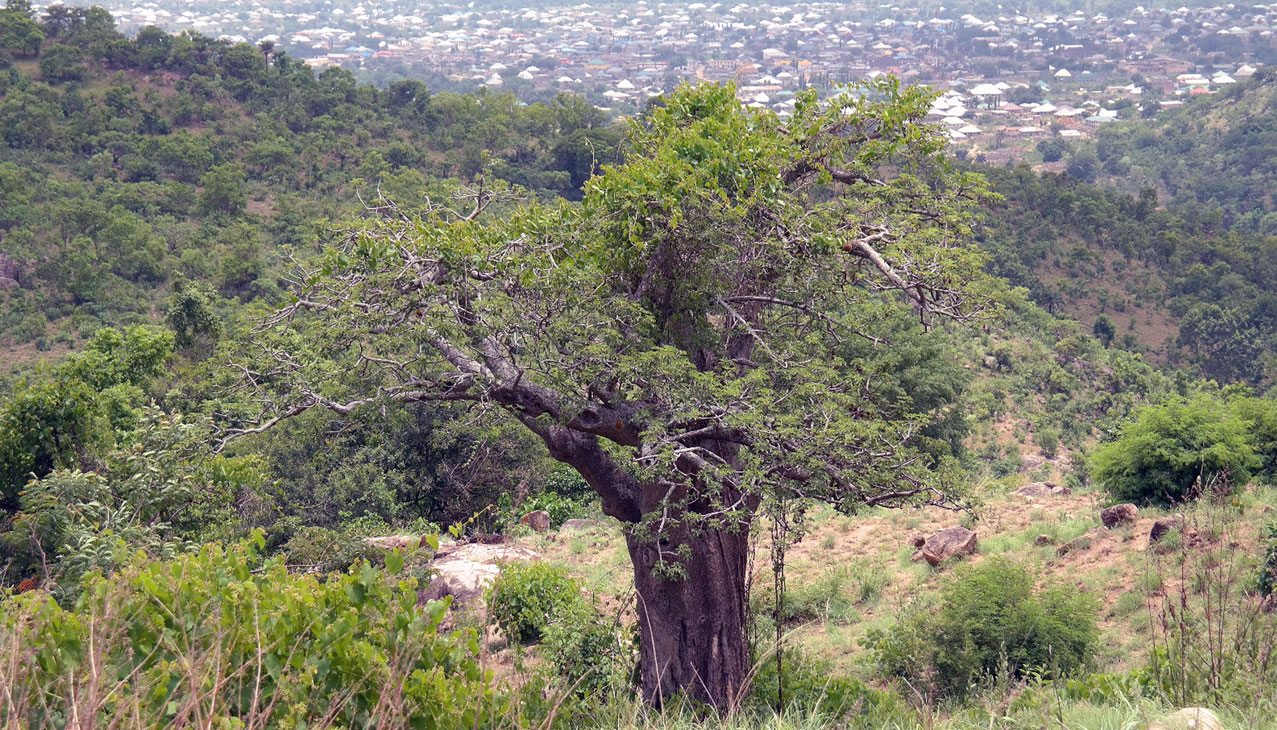 The 11 Missing Wages of a Kogi Man

Okene is behind you.

As you pass Okehi, Kogi State, you are driving slowly enough to look around. To your left is a view that cries to be photographed. You will oblige and pull up, only to notice a small footpath that promises a closer look at the stupendous valley. It passes embarrassingly close to the modest homes that straddle the motorway. You take it, greeting folks in mud doorways whom you have interrupted in their morning chores.

When you reach the deserted top of the hill, you can no longer hear the traffic on the A2, but the new view is worth the hike. Beneath your feet, sprawls a green expanse asserted by a young baobab growing in the groin of Okehi’s valley. You set the camera to panorama and shoot, but when you review the picture, you realize that the scene does not photograph well. You have much better long-vision than your camera. You can see each crinkling roof in the distant town in the valley, see the distinct leaves of the baobab… It is like trying to capture the goosepimpling magic of a concert on a Dictaphone. Pathetic, really. So you put away the camera and really look. You might forgo a meal a day, you realize, to drink this view daily from your bedroom window. When you have soaked your fill of the scene you turn to go and see that the place is no longer quite so deserted. Six, seven hostile men have swarmed the path behind you, cutting you off from the motorway and your car. Their faces are stony and suspicious.

It does not look like they have come for the view… you hope they are not here to reprise the Pacquiao v. Mayweather fisticuffs either.

Beyond them you can see the shyer eyes of the small community looking on from a distance. You want something from here. They insist. What do you want?

Yes, you agree, as disarmingly as you can. You wave at the view. They stare, unseeing. They are like seaside dwellers who cannot see how, to the landlocked, their sea is a wonder. You walk into their midst, talking. Slowly, they allow themselves to be disarmed. They have come out to defend their community, not to attack a visitor. Your conversation flows into politics. Hamid, the oldest among them, is ’employed’… but his situation seems worse than the unemployed. He works for the Local Government and for eleven months has not been paid a salary.

How on earth do you people manage? You cry. Hamid shrugs. Some ride okadas after work, others… he trails off helplessly. Eleven months! Your mind boggles. This is a statistic you have heard again and again, but it is affecting to meet family men trying to cope with the invisible humanitarian disaster of running a family for a year without a wage. You begin to see how governments that do not pay wages are criminal enterprises: leaders steal from the top, leaving junior staff with little option but to take what their hands can fall upon. Enter, petty corruption and worse… you do not realise how prophetic these thoughts are, how within the hour, you will have an encounter with armed robbers further down the motorway.

But you have a new senator now, you begin, a new… they cut you off. They have been elected, they explain, We won’t see them again till next time.

They follow you to your car. You explain Bribecode to them. How the national, state and local government budgets are raided with corporate collaboration, and how the Bribecode can ring-fence budgets, make it, for instance, foolish for banks to keep public service salaries on fixed deposits while paying backdoor interests to rogue civil servants. They get it. They take their copies of the How to Fix Nigeria leaflets. They promise to sign up, and to make disciples of others.