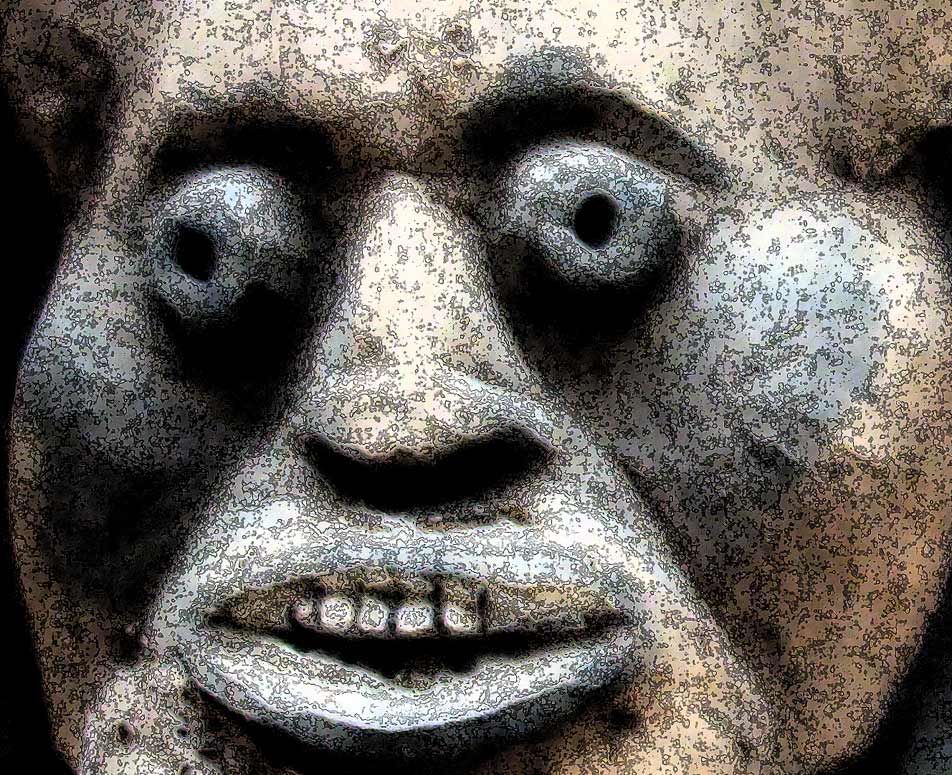 The Folly of the Laka Nation

And now, for a spot of ancient news:

In the year that the Great River flooded, the people of Lakandapure sacrificed a brace of slaves to their bloodthirsty god, Ndapure and went to war against the Rababonera. The battle was swift, for the Lakandapurans had attacked at dawn when Bonera, the vain god of the Rababonera nation, required his acolytes to spend a worshipful hour prone before his statue. The Lakandapurans gathered up their spoils of war, including the (admittedly) handsome statute of Bonera, and hauled them home to their nation. Their womenfolk promptly fell in love with the dashing Bonera, for not only was Ndapure a bloodthirsty god, he was also the ugliest idol that was ever chiselled by a human hand. So a referendum was held and despite the unfair (and frankly, idiotic) idea of replacing an ugly but successful god with a dandy failure, Ndapure was duly deposed in favour of Bonera. And although the god Ndapure was predictably incensed at the sheer unfairness of the scenario, there was nothing he could do, being just as impotent as the god, Bonera. Yet, revenge was approaching from unlikely quarters, for the handsomely-godded Lakabonerans had taken to hourly prostrations at dawn before their dashing potentate.

And their seething neighbours were taking note.

One Reply to “The Folly of the Laka Nation”