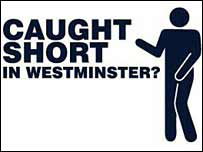 The Fundamental Human Right to Wee-Free

No, that was not a typographical error; I am writing today about a freedom far more basic to humanity than the right to WiFi. These days – at least on the British Isles – this most fundamental of human rights appear to be in danger. In the good old days one could wander into any of a number of immaculately maintained public conveniences and wee for free. This assault on our freedoms probably started innocuously enough at the Victoria Coach station in London where the authorities installed a 20p toll gate between the pressed commuter and the urinal of urological relief. Gradually their water rate has inched up to a princely 30p, but that is not all bad, seeing that all commuters have to do is to exercise some self-restraint and do their business on board the coaches which are provisioned with little rooms at the rear.

The canker of this urinary profiteering is spreading too – many train and tube stations are installing stadium-type stiles to shake down desperate commuters of their loose change. In public spaces the public conveniences were traditionally maintained by councils. In these recessionary times when cuts in public expenditure have been ordered across the board, local councils have flaunted legal opinions to the effect that there is no such thing as a fundamental human right to pee free-of-charge. The result is that up and down the country, free public toilets are shutting down. In Manchester the other day I climbed down into a subway that used to be a toilet… which was well into its second career as a mini-pub. The English are nothing if not resourceful – just as old churches are finding a new lease of life as clubs and gyms, old toilets are being reinvented in more profitable directions.

All of which should agitate the mind of the casual traveller: if the free toilets are going down the drain (… okay, I do apologise…), what is to become of the full bladder that overtakes even the most careful? Are we going to witness embarrassing accidents where the more elderly of us with tiring bladders are hounded by the spectre of public disgrace? As with most issues of demand and supply, of course, capitalism is riding to the rescue. All over Britain’s uber-urban landscape, futuristic pods have been making an appearance. Shiny and metallic, they look for all the world like landing pods from an alien invasion from Planet Uranus (where else). They are shaped like nothing we have ever seen before. You will generally give them a wide berth – until you are drawn by pressing need. Then you will be prompted, sometimes by signs and sometimes by voice cues to insert your fee of thirty or fifty pence. For this reason, tourists and denizens alike are warned to sew the requisite pence into an emergency inner pocket to ensure that they are never found wanting on the day of disgrace, for these toilets are fully automatic: they won’t give you change for a fiver and are totally impervious to the most desperate appeals.

Once your money is in, the door rolls open automatically. In you go – and no, you cannot slam this door, however desperate you are. The door shuts automatically – at its own sedate pace. Indeed, so capitalist are these urinal pods that they are insensitive to diarrhoeal attacks: you get five minutes or so of privacy and the door beeps a warning, and opens automatically. This probably ensures that nobody does a ten pound business on a thirty pence fee… or that a homeless fellow doesn’t ‘colonise’ the facility for the night for the price of a pee – all very businesslike, I am sure, but the designers have clearly not considered the situation of the diarrhoeal user. Puts me in mind of the hapless Asian couple at a Westminister pod a year or so ago. The young lady had clear succumbed to a dodgy sharwarma and was still desperately busy on the metal pot when the door swung cheerfully open. Fortunately, her boyfriend was on hand to feed another coin into the greedy pod while the polite English public tastefully looked away.

Someone clearly has to speak up for the fundamental human right to take a leak for free. This is trickier than it sounds, for one will immediately be accused of trivialising such hoary human rights as the right to life and the right to free association. But one need only recall the recent incident where a pressed policeman was jailed for using the private toilets of President Robert Mugabe to realise that there can be dangerous intersections between the right to wee and the right to liberty – for instance. This is therefore serious business. It may be too late for all those strategically-located public toilets which have already been converted into bars, solaria and pizza takeaways – far be it from me to suggest a diversion of real estate from the sale of ale to toiletries… however, I have a simple solution that might readily resolve all our problems, and that is to require banks to maintain freely accessible, well-serviced, public toilets within their premises.

It is after all generally accepted that banks are ultimately responsible for the economic recession exerting so much pressure on public bladders. And despite the fact that public toilets are closing down up and down the country, new banks (welcome, Metro Bank, et al…) and branches are opening up all over the place. Many older banks have also remained open only because of the huge subvention cheques written by tax payers. It is only fair therefore that the urinal slack left in the aftermath of the recession be taken up by banks.

This new service will probably have to be introduced by legislation, otherwise bonus-hungry bank executives will merely introduce a new ‘wee-fee’ on the bank statements mailed out every month to their beleaguered customers. That would be a typically British thing to do: replacing pay-as-you-go pods with pay-monthly loos.

And they’d blame it all on Chuma, of course.

3 Replies to “The Fundamental Human Right to Wee-Free”