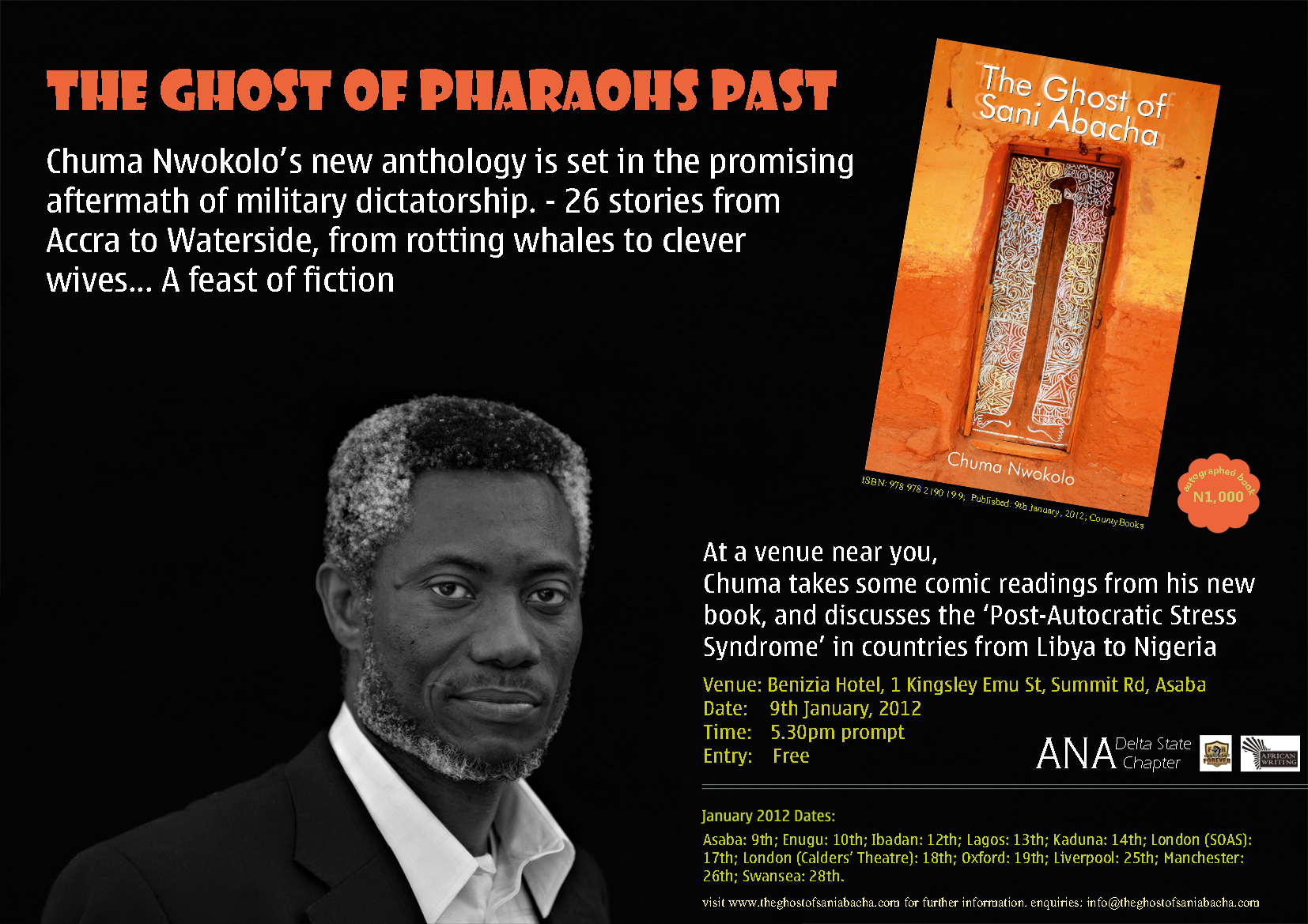 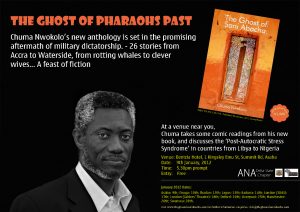 It is 9th January 2012 and the General Strike is on. The Government of President Goodluck Jonathan insists on scraping the ‘Fuel Subsidy’ and the NLC leads a general strike to bring back the subsidy. The effects will not be clear for a few hours yet, for it is barely 2 am here. In a few hours though, in hundreds of thousands, perhaps millions of homes, instead of dressing up to go to work, folks will be dressing up to march. Or sitting passively before televisions to watch such TV stations as are courageous enough to broadcast said marches.

At 5.30pm today (streets permitting)  my new collection of stories, The Ghost of Sani Abacha, will be presented at an event at Benizia Hotel, Asaba. This is an anthology of 26 stories asserted by an eponymous political tale. As a title, ‘The Ghost of Sani Abacha’ has caused my friends no end of worry. Are you sure you should be writing things like this? is a common question from people who had only my best interests at heart. – And then a few days ago a university that had previously agreed to host my launch pulled out. They had seen the title of the book. We don’t do political stuff, they said, you have to look for a ‘neutral venue’. Yet, all of life is political, and when the most able amongst us abandon the political, who do we leave it to?

Because I support the spirit of the strike I considered canceling the launch. Yet, it seems totally providential that the strike has been called on the same day that I had set for this presentation, months earlier. It seems to me that the Ghost of dead pharaohs continue to wield too strong an influence over our affairs today. It is not the power of the man, but the fear of that man that keeps an entire community in thrall to him.

Today, as we begin to exorcise the national demons that convert our elected servants into Pharaohs whose careers are dedicated to the building of personal monuments from the very commonwealth in their trust, I invite you to meet with me at 5.30pm today. Then you can open the pages of a book of stories on love and life – and a lot more besides the ghost of a dead dictator. 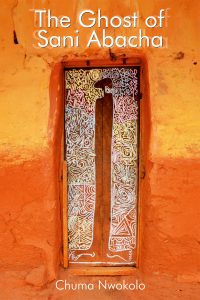