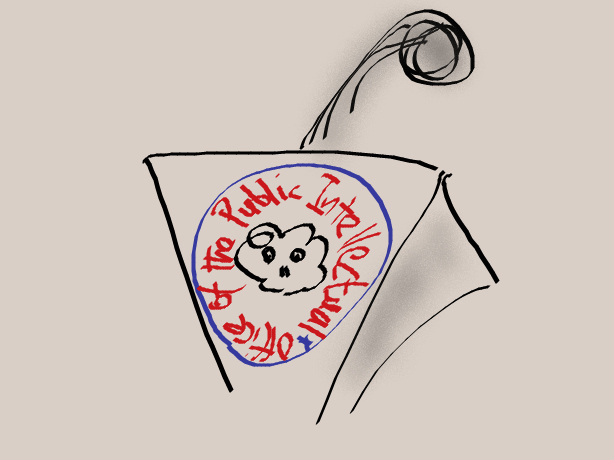 The great crime of the public intellectual is the pimping of intellect, the prostitution of a gift of rationality to the service of paymasters. Yet, at one level, this is what the rest of the world does daily without condemnation. The farmer sells gari to every willing buyer, does not question their morality. The barber shaves every chin that presents itself, without assessing its owner’s criminality. Why should the intellectual secretly hired to spin the sins of his employer as virtue be vilified when he is merely selling his talents, doing what the rest of the world does daily?

The answer is that they do so under false pretences. The farmer who offers yellow gari does not dress it up as an avocado. Neither does the barber offer his blade in service as a brain surgeon. What the intellectual prostitute does however is to pimp white elephants as essential infrastructure for profit, to present worthless partisan opinions purchased in a beer parlour – or ivory tower – transaction as a rigorously-thought out opinion presented in service of nation.

While the half-fried gari might turn a few stomachs, the half-baked, or maliciously baked, intellectual opinion can turn the destiny of a country on its head. No one who hears a lawyer argue the innocence of a serial rapist assumes that he urges an honestly-held opinion. We know that his voice has been bought for a fee and we can add that knowledge to our assessment of the evidence he presents on his client’s behalf.

Our tragedy is the racket in the public domain of worthless opinions urged by respectable voices who are in truth nothing more than prostitutes urging the lies of their current clients as truth. That public noise of intellectual vandals drowns out the few, true voices of reason and pushes nations towards the precipice of destruction.

Everyday, thousands of thinkers, reporters, writers, scholars, mentors, take to the media to sell their ethnic interests as national, to argue the virtues of some politician over the other. In suing for sympathy for their candidates, the most honest argument they can truly make is often ‘My thief is better than yours,’ but no: for self interest, common thieves are dressed up as statesmen and presented as messiahs to deluded nations that see blood plainly and drink it as milk. A clear case of those who are willing to be lost falling into the hands of those willing to sell them out; which is why the pimping of intellect is the public intellectual’s great crime.