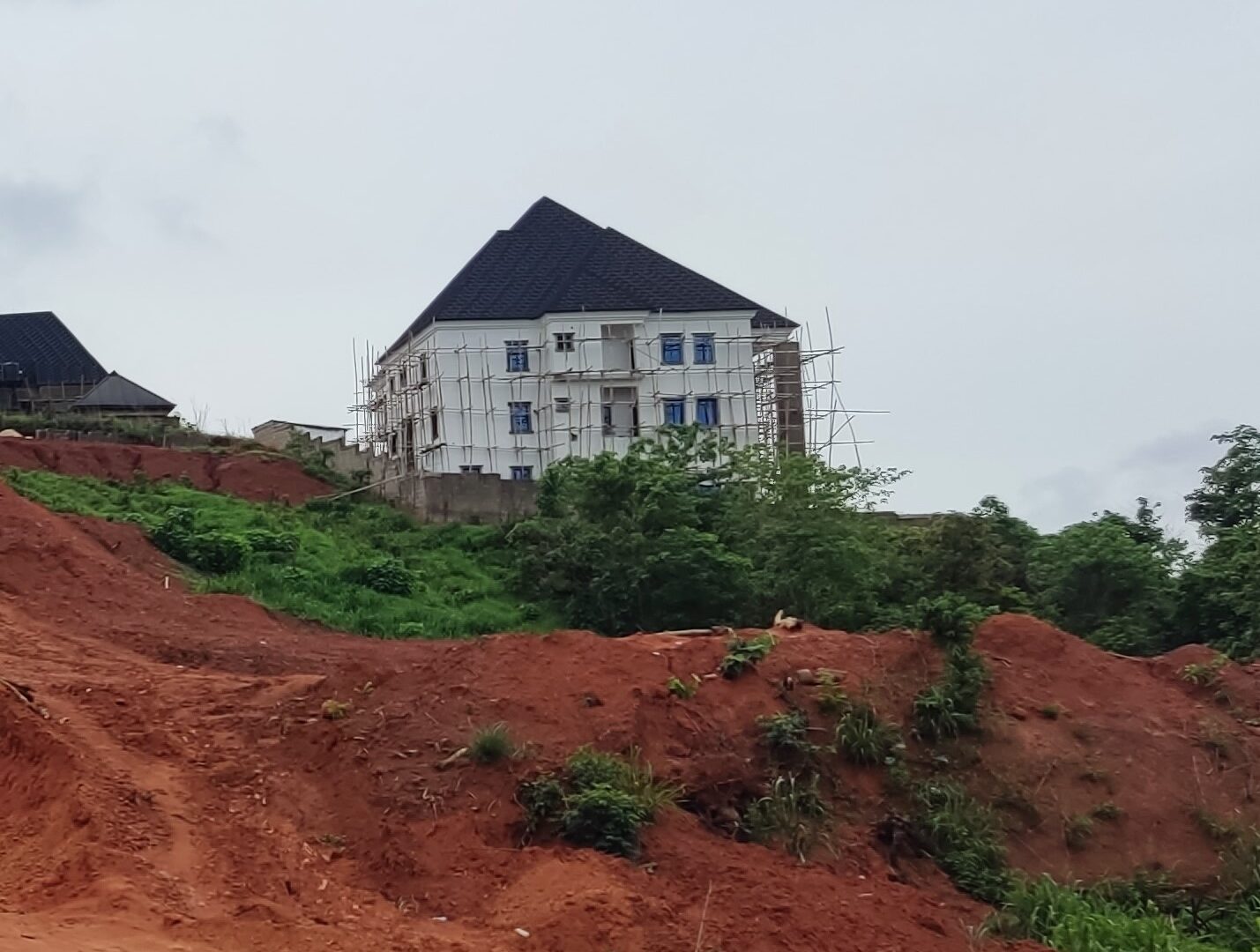 The House on the Lip of the Hill: (the extreme instability of extreme inequality)

Apologies for the long title for this short piece, but as a life-long road tripper, here’s a sight I see too often along my Great African Road. It is a picture of grand buildings rising majestically on the lip of massive excavations, which are deep enough to bury them.

Some buildings are currently under construction, using sand that is dug, literally, from under their foundations.

From my perspective as a drive-by photographer of metaphor-rich roadsides it would take a lot of faith in anti-gravity to get a good night’s sleep in these hillside homes.

Seems like the most dangerous place to shelter in, during a storm. Seems only a matter of time before gravity restructures the hillside. All it would take is a heavy thunderstorm, followed by a mudslide.

Or another round of excavations.

This is not, of course, an argument for building only on tableland: just for common sense from excavators and builders alike, a moderation of architectural ambition on the part of builders, and the profit – or greed – impulse, on the part of sand miners.

As in geography, so in wealth: extreme economic inequality makes for an extremely unstable society in times of economic and social storms.

Those who have erected, or seek to erect great fortunes in climes of extreme poverty must be fully invested in the social and economic justice that weather-proofs their wealth and makes it sustainable in the long run.

That is how to create a community where valley dwellers and hilltop residents can live in peace and security.