The Sexiness of War

Yesterday brought me new insight: war is NOT sexy.

Insight being a YouTube software that gives the uploader of a video interesting statistics about his viewership. One of the stats I found, on the third day after uploading the video of my poem, Sudan. Sudan., is the Hot Spots Chart. I’ll set it out, before explaining further: 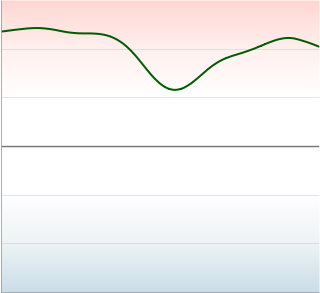 The thick grey line dividing the chart is the average viewership graph. The green line represents the graph for my videopoem. From this chart, Sudan. Sudan. rates pretty well on the hotness meter! But the curious thing is the shape of the graph: the pronounced trough in the middle, between the 1.37th and 1.40th minute of the video. Although most of my viewers had stayed with the video until the end, the few that did stop watching dropped off at that point. This was the point at which Tomo Kriznar’s photograph of armed rebels, and my own photograph of an unearthed mummy at El Karima came on line. They are the only photographs directly on war and death in the video. Here, reproduced are the off-putting images:

The message surely is a clear one: nothing turns us off like war and death. (& I do hope politicians are taking note here). Of course, having laid out the photographs once again I may well have lost all my readers by now… but a downturn in viewing figures, dear faithful reader, is a much smaller price to pay than a downturn in population figures, due to war.

And that is the message that needs to get out there. Thanks for viewing Sudan. Sudan.

The message surely is a clear one: nothing turns us off like war and death

The message surely is a clear one: nothing turns us off like war and death