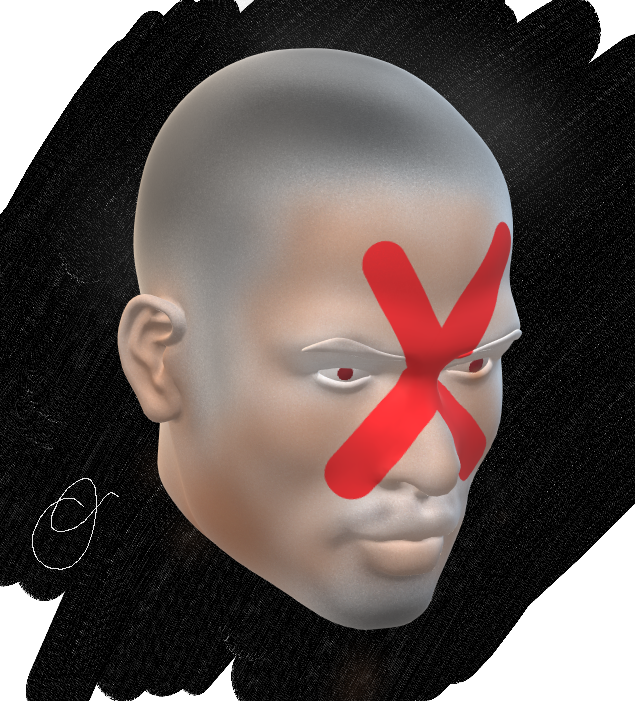 We Need to Talk about You, South Africa

The big-boned country sat sullenly in the rocking chair. For several minutes, nothing was said by client or doctor. The country’s eyes ranged suspiciously over the room as he rocked to and fro, cracking his knuckles. The wall had paintings by Ehikamenor. The floor had throw skins from Namibia. On the coffee table were paperweight stone lions from Zimbabwe…

‘We can start anytime you’re ready,’ said the doctor.

‘I was born ready,’ his voice was granitic with confidence.

‘I mean your name, not your address.’

‘That’s my name, and my address. You’re already prejudiced against me, aren’t you? This is such a sham. Why pick on me when there are other countries like Niger area, Central African Republic and Ivory Coast that are also geographical descriptions.’

‘There’s Upper Volta, but she had the vision to– ’

‘There are many countries that have not changed! South Sudan is an address too, and what is Equatorial Guinea if not a country in the Gulf of Guinea located on the equator… is that not an address as well?’ he paused, ‘…what are you writing?’

‘I have a right to know what you’re writing about me. The Freedom of Information Act says…’

‘Let’s come back to you. The referral note from the court says you have a little problem with your brothers and sisters.’

‘But you are here, in a psychiatrist’s office.’

‘It says ‘psychoanalyst’ on your door.’

‘That’s to make my clients more comfortable, walking in. That’s my psychiatry diploma on the wall.’

Mzansi looked at the framed certificate from the University of Harare. He cracked his knuckles again. ‘How am I expected to get an objective psychiatric evaluation from you? Your art is from Nigeria. Your education from Zimbabwe, you have knickknacks on your desk from Zambia–’

‘And my wife is from Stellenbosch,’ sighed the doctor. ‘Listen, I’m a new breed of African, I recognise neither colour bars nor administrative boundaries. For me, Africa really is my country – although the politics may never catch up with my reality in my lifetime. But,’ he pulled up a referral block, ‘if you prefer, I have a European consultant colleague, Kruger, next door. He is on a retainer with the ICC at the Hague. Would you want me to refer you?’

South Africa hesitated. ‘No, no, I’m good in the frying pan, I’m not stupid. Point is: countries don’t do psychiatry. This so-called court referral is bonkers. Whoever heard of a country going mad?’

The doctor chuckled, ‘I have. It is my speciality, actually: nationstate psychiatry. That’s why you were referred to me.’ He picked up a pack of cigarettes, looked at his watch, and replaced it reluctantly. ‘I am managing dozens of country clients for narcissistic, psychopathic and paranoid personality disorders. They were referred to me because of their neurotic amassing of apocalyptic arms.’

‘You know I can’t name names – confidentiality rules. But I have treated sadistic states, paedophilic states and…’ he stared pointedly at his patient, ‘…states that are suffering post traumatic stress disorders…are you aware of any traumatic incidents in your recent history?’

South Africa’s rocking chair seemed to come up against a rock and a hard place. With main strength, he managed to resume rocking again. ‘I’m good. There’s no trauma in my past at all.’

‘Fine,’ shrugged the doctor. ‘So, talk to me about your sibs. What is this problem? I understand it has gotten physical a number of times.’

‘It started as a little domestic incident. My brother took my girlfriend.’

The doctor pushed away his notepad and opened the fat file on the coffee table. He raised the first of the stack of exhibits from the court, a 10 x 12 photograph of a cadaver. ‘You smashed his head in. And then you burned his house down. And then you burnt his shop, after looting it.’

‘She was a very beautiful girl friend.’

‘Have you got her back now?’

The country rocked to and fro. ‘I am working on it.’

The doctor glanced at his watch again. With palpable relief, he took a cigarette from a pack and struck a match two inches from the end of the stick. He shook the flame dead and pulled satisfyingly on the unlit cigarette before placing it in a clean ashtray. He blew an invisible smoke ring at the ceiling. Then he showed Mzansi another picture. ‘And this brother of yours? You ran over him with a truck, and to make sure he was dead, you– ’

‘Which particular job are we talking about? This man had a Ph.D in pharmaceutical sciences. Are you a pharmacist?’

The country said something and rocked faster.

‘I said I plan to enrol for a pharmacy degree next year. It is the principle of it. I cannot have 80% of a town in the hands of aliens.’

‘Are you an economist or a psychiatrist? And who cares about that dirty money, anyway?’

‘And you’d have to wait five years for your degree. What will you do for pharmacists in the meantime?’

‘I’ll get Scandinavian pharmacists. Or Indians. I don’t even mind Indians.’ He shrugged, ‘Plus the girls will be available immediately.’

‘But you just said… never mind.’

The doctor made some more notes. Then he selected another picture. ‘You know this sister?

The country averted his eyes. The doctor leaned over and placed the photograph in his lap, but South Africa placed it, face down, on the coffee table.

‘You seem disgusted by the photograph?’

‘It is gruesome, isn’t it?’ he snapped, ‘I should be psychotic not to be disgusted by it.’

‘But you managed to muster an erection to… to create this gruesomeness.’

‘I understand there’s some history between you and this particular sister?’

The doctor leaned back to his desk and clicked a mouse. A drowsing computer blinked awake on a Wikipedia webpage. ‘I was doing some research before this appointment. It says here that when you were a houseboy in the seventies and eighties, your dead sister here contributed 2% of her salary for years, for you. It says you would probably have died, were it not for–’

‘Speculation. Besides I’ve paid her back in full.‘

‘You have the receipts?’

South Africa was silent. ‘I’m not going to sit here and speak ill about the dead,’ he said eventually. ‘What happened has happened, let’s leave it at that.’

‘It says here that she took your kids in when you were in prison, gave them scholarships, sent them to university, campaigned to get you out of jail. Launched international boycotts that brought your arrogant, powerful jailors to their knees… In fact–‘

‘Fake news. Any idiot can put their propaganda on Wikipedia; everyone knows that.’

The doctor clicked the webpage shut, to reveal another website with the same story. He closed that to reveal yet another. ‘Where do you want us to get your authentic news, and history, from?’

South Africa took a deep breath and picked up the picture. He turned it over. His hands trembled. The doctor recognised the trenchant moment of the clerking and he held his breath as South Africa replayed the indelible cinematograph of the gang rape: the hopeless pleas of the sister, his own primal rage, his ejaculation, and the decapitation, a reflex action to separate the condemning eyes of the angel he had made, from the body and receptacle of his sin.

Yet, nothing made sense, not the victim, not the crime, without factoring in the rage! His primal rage! The judge and jury had no right to preside over the pictures of his victims without weighing also the black despair of his primal rage. How could he spend a hundred years fighting for freedom, achieve that freedom, and still be chained down? Were the racists right therefore about his fundamental incapacity? Perhaps he did need an apartheid state, a state apart. A space where his girls and jobs would be ring-fenced and protected from alien brothers and whites alike. As he sat there, trying to confront his demons, the doctor studied the war between rage and conscience, in the grinding jaw, in the pulsing veins that stood out in the neck of the finely sculpted country, ‘Eish,’ grated South Africa, ‘You’re so good at pathologizing other people’s problems, aren’t you? Have you found a category for your own invisible cigarette-smoking psychosis?’

‘I recognise my demons,’ said the doctor quietly, ‘and I fight them. Do you, yours?’

‘Fine,’ conceded South Africa, ‘she was good to me in the past, but, dammit. She was now a prostitute, fouling my neighbourhood, peddling drugs, seducing my children into a life of grime and crime. They are like animals, these foreigners. We are not the same. We don’t have to live with these animals.’ He raised his eyes to the doctor, ‘do you understand?’

‘I’m not here to judge you,’ said the doctor, looking away, scribbling steadily.

‘But you’re writing your judgement for the court, aren’t you?’

‘It is a useless court, don’t worry. A mere court of public opinion. All they can do is attack your public image, maybe launch a couple of international boycotts and trade embargoes in India, Scandinavia and the like. It won’t amount to much.’

South Africa swallowed. A miasmic warning from his history lessons intruded upon his self-confidence. He grumbled, ‘We have housing problems, serious ones. We have work problems. And we cannot just allow people to move where they want to…’

The doctor raised a finger. ‘That sounds familiar. Wait.’ He clicked briefly on the mouse and called up a taped interview on the computer. Soon a soft, Afrikaans-accented voice was intoning, “We have housing problems, we have work problems. And we cannot just allow people to move where they want…”

South Africa shrugged, ‘Okay, so the Apartheid president P.W.Botha once used the same words about me, so? My present cannot be crippled by my past.’ Angrily, he spilled the pictures in the file across the coffee table. Photographs of brothers burned on the roads, burned in their homes, in their churches, ‘These brothers may have marched for me in the eighties, but they had become drug dealers. They had become criminals.’ His voice rose angrily, ‘I am not going to be crippled by a historic gratitude. Let them go back to their countries and fight for their own liberation from their own oppressors! I will donate my 2%! I will donate for their children’s scholarship!’ He paused, panting, ‘I did not fight for freedom from land-grabbing, murderous white men to be run out of town by land-grabbing, murderous black men!’

The doctor selected a few pictures from the coffee table and put them in his lap. They showed Mzansi looting shops, raping and killing, dressed in ironic T-shirts like “Ubuntu!” and “Amandla!”. ‘And what are you now?’ asked the doctor softly.

There was a minute – and it was just that, a minute – when it seemed that the country was going to capitulate, to begin the long and arduous journey back to humanity, back to the continent of his birth. But in the last moment he rowed himself further down the southern isthmus of xenophobic isolation. He took up the doctor’s cigarette in the ashtray, broke its ritual ash, and pulled at it with his eyes closed. Then he looked up and blew invisible, brai-scented cigarette smoke at the doctor. ‘I am South Africa,’ he said, quietly. ‘Deal with it.’

9 Replies to “We Need to Talk about You, South Africa”