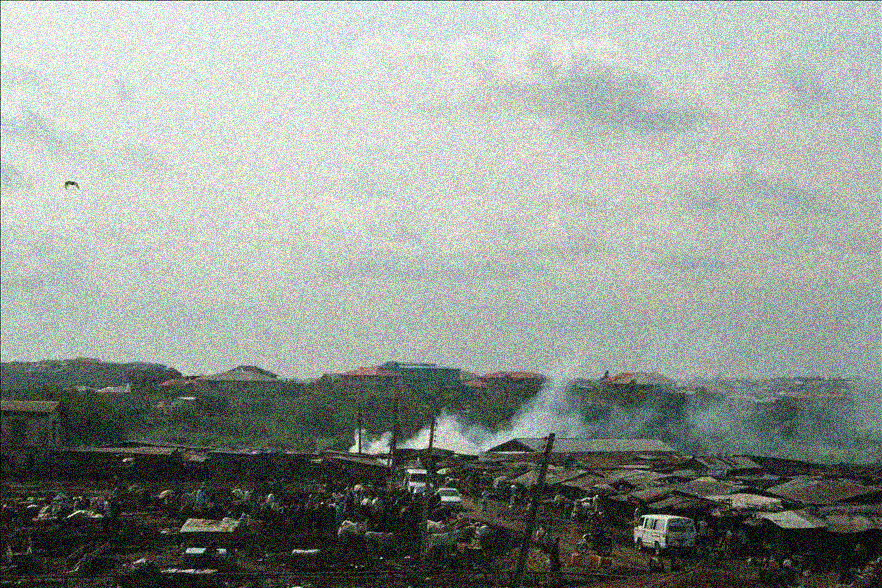 When the invaders arrived, Wela barricaded her doors and fled upstairs. As they drove their battering ram against her timbers, she shaved off her heavy weight of hair, leaving red tracks of razored blood. She dusted her young face with ash, daubed herself with the rape-repellent goo from a rotting fish and donned her grandmother’s fusty frock, to dull her curves…. for though her womb was quickening, it yearned for the seed of her suitors, not barbarians.

The pounding on her doors relented. She watched from her window as the invaders overran her village. Swordsman by swordsman, the new army prevailed upon the flower of her menfolk. Spear by overwhelming spear, the amateurish resistance of the villagers was swept aside by the might of the victors. The rout was seared upon Wela’s impressionable mind: of a battleground of men producing worryingly female cries of surrender.

Silently, she washed the blood, the ash and the fish odour off her young body. She olive-oiled her newly glistening head, and robed herself in damask. Then Wela opened her half-broken doors and ventured forth, armed with nothing more disarming than a smile and a dangerous bosom. When the new army left the following day, she (and all her worldly goods) left with them, willing spoils of war, for inarticulate though her womb was, it knew to swell with the spawn of victors rather than the seed of losers.

One Reply to “Winner Takes All”